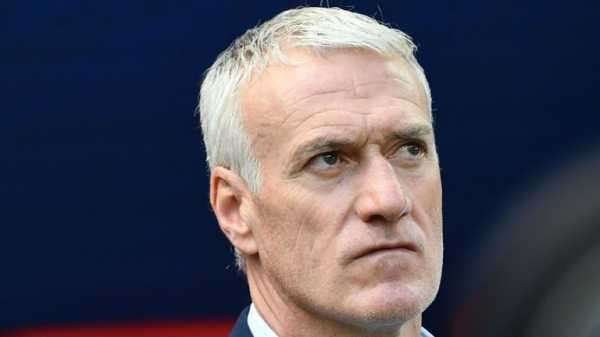 France edged past Australia 2-1 but Didier Deschamps’ decisions are still under the spotlight, writes Adam Bate.

For only the second time since their World Cup win 20 years ago, France kicked off their campaign with three points – but the manner of their 2-1 win over Australia in Kazan was far from convincing. An embarrassment of riches for Didier Deschamps could easily become an embarrassment if he does not address the issues in this team.

France not only struggled to victory against a side that finished below Saudi Arabia in World Cup qualifying but both their goals also owed a little to fortune. The first was a debatable penalty decision overturned with the help of VAR. The second was a deflection that looped over the head of Mat Ryan in the Australia goal, landing only centimetres over the line.

Aside from those key moments, the fluency that had been promised was sorely lacking. Many of the question marks surrounding this France team were about their character and a perceived lack of leaders – former World Cup winner and one-time team-mate of Deschamps, Christophe Dugarry, among the many to express concern about the mentality.

Those worries will remain after this result and are understandable given that this was the youngest side that France have fielded in a World Cup fixture since the very first tournament in 1930. But the flaws evident against Australia were more tactical than mental and the responsibility for those problems lies firmly with the coach, not the players.

In every department there were issues. At the back, the decision to play with Benjamin Pavard at right-back limited the team’s attacking potential down that flank. The Stuttgart defender has spent much of his breakthrough season in the Bundesliga operating centrally and while his versatility is an asset, he did not look comfortable in advanced areas.

On the other flank, Lucas Hernandez is also as comfortable in the centre of defence – meaning that Deschamps was effectively fielding four centre-halves against inferior opponents. Stretching the play and making the pitch big to create space for the forwards was always going to be important, but this team selection did not support that style of play. 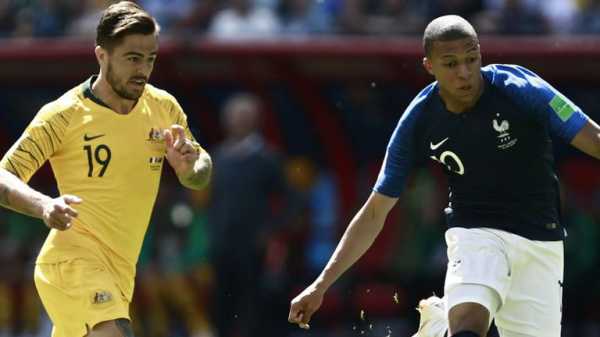 In midfield, the decision to go with Corentin Tolisso alongside N’Golo Kante only added to this sense of caution as France failed to commit the runners that would have opened Australia up in the final third. Ahead of them, the much-vaunted front three of Ousmane Dembele, Antoine Griezmann and Kylian Mbappe had pace but no reference point.

It was the introduction of Olivier Giroud, surely better suited to facing a deeper defence given his heading ability and back-to-goal play, that helped to earn France the winning goal. Paul Pogba’s wall-pass was laid off well and the ball was somehow diverted into the net. It was lucky but the build-up was also encouraging. There is quality at Deschamps’ disposal.

That is true elsewhere too. Benjamin Mendy and Djibril Sidibe offer greater attacking threat in the full-back positions and Blaise Matuidi’s driving runs from midfield were missed. As it turned out, they were not needed but there could be further problems ahead against Peru and Denmark unless these issues are resolved. The clues were there in qualifying. 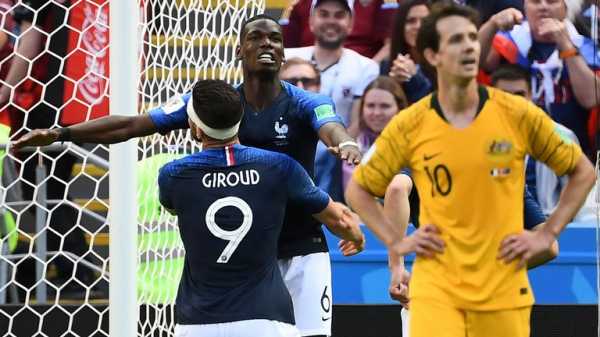 France scored only 18 goals in 10 qualifying games with just two coming against Belarus in their two games against the side that finished at the foot of Group A. That was the fewest amount of goals scored by a top-placed team against a bottom-placed team in the UEFA qualifiers for this World Cup. It hints at an inability to break down weaker opposition.

The hope for Deschamps is that this system will be more suited to the latter stages of the competition. There is a solid base there and the recent 3-1 win over Italy – with Pavard and Hernandez in those full-back positions – showed that it can work against teams who want the ball. Mbappe and Dembele are capable of hurting any side on the counter-attack.

France need to get there first. This result makes that more likely. But the performance will offer encouragement to their group opponents that Deschamps has not forged the fluid team that many have tipped to go all the way at this World Cup. The feeling remains that he got this one wrong and got away with it. Next time, France may not be so fortunate.