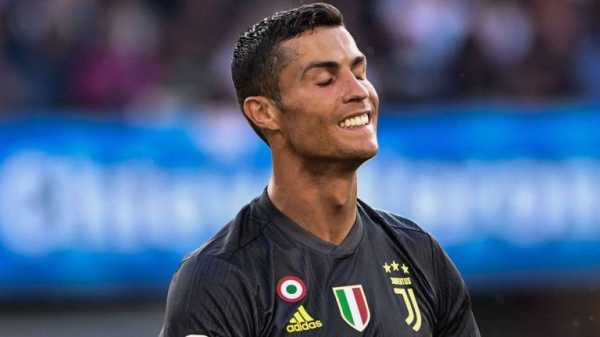 Highlights: Ronaldo did not score on his Juventus debut

Ronaldo was heavily involved on his Serie A debut in Juventus’ 3-2 win over Chievo, but he did not have the best of luck in front of goal.

Ronaldo’s move to Juventus from Real Madrid for £105m in the summer drew plenty of attention with plenty around the world intrigued to see how the five-time Ballon d’Or winner would fare on his debut against Chievo.

With Gonzalo Higuain departing for AC Milan on a season-long loan, Massimiliano Allegri decided to play Ronaldo up front in a 4-2-3-1 formation with the pace trio of Juan Cuadrado, Paulo Dybala and Douglas Costa behind him.

His first chance arrived in the sixth minute when he fluffed his lines from only a few yards out. Fortunately for him, referee Fabrizio Pasqua had already blown for offside seconds earlier. Two minutes later and he showed great vision to send through Cuadrado, but the chance amounted to nothing.

Ronaldo’s first effort on goal came in the 18th minute but his strike trickled wide. However, Ronaldo slowly grew more comfortable in his position and showed the intelligence to run in behind the Chievo defence on the half-hour mark, but he smashed his audacious volley high and wide.

69 – Finds himself in space in the box, but a poor first touch results in a deflected finish over the bar

86- Fouls Sorrentino and is caught out for handball, resulting in Mandzukic’s goal to be ruled out by VAR

In the second half, Ronaldo looked more than keen to stamp his authority on the match as he began to test Chievo’s goalkeeper Stefano Sorrentino, but the 39-year-old proved to be a fine match for the Euro 2016 winner.

Ronaldo lined up a dipping shot from 35 yards out shortly after half-time, forcing Sorrentino to parry the strike away before he was denied again three minutes later as his header was pushed aside.

Ronaldo’s influence grew on the match at a far quicker rate when he was moved into the more familiar left wing position that he adopted at Real Madrid.

Mario Mandzukic came on for Douglas Costa which saw the Croatia international go up top. As soon as the switch was made, Ronaldo drove a ferocious strike on goal that Sorrentino matched with a stunning stop. 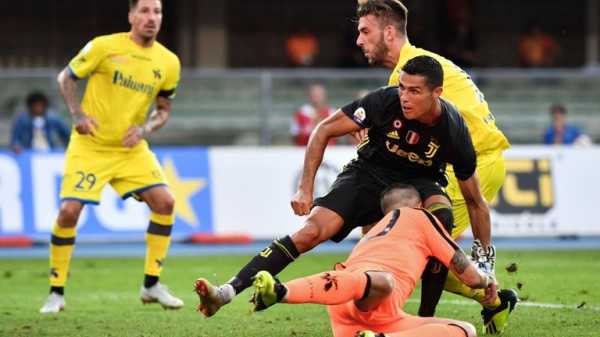 He came close again in the 69th minute when he was sent through by Dybala inside the penalty box, but his first touch was poor, allowing a defender to get back to make a necessary block before the shot deflected onto the roof of the net.

He was then responsible for what looked like a Juventus winner to be chalked off by VAR. He met Alex Sandro’s drilled ball into the box but knocked into Sorrentino before handballing the ricochet. Mandzukic then had the ball in the net, but the goal was disallowed after a lengthy review.

Federico Bernardeschi would save Ronaldo’s blushes with a late winner, but it was by no means a perfect debut for Juventus’ prized possession.