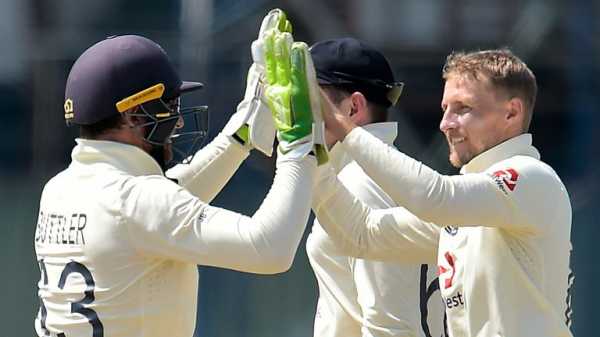 8:54 Highlights from Galle as England won the second Test against Sri Lanka to take the two-match series 2-0.

Not since England triumphed 2-1 in late 2012 – then under the stewardship of Sir Alastair Cook – have India been beaten in a Test series on home soil. Should Root mastermind an end to that run perhaps he will deserve to join Strauss and Cook as a knight of the realm as it would be some feat.

India’s winning streak in home series has now stretched to a record 12. Australia (twice), South Africa (twice), West Indies (twice), Bangladesh (twice), England – who were trounced 4-0 in 2016 – New Zealand, Sri Lanka and Afghanistan have all tried and failed in pursuit of victory.

In fact, only Australia, in early 2017, have even won a Test in India in that timespan. India’s leger reading 28 wins, five draws and that sole defeat in 34 Tests. Numbers that show how herculean the task facing England over the coming four-Test series is set to be.

This is also an India side who recently recorded back-to-back series wins in Australia, sealed in astonishing style last week as Rishabh Pant steered his team to victory in the final Test at The Gabba, inflicting the hosts’ first defeat on the Brisbane ground since 1988. 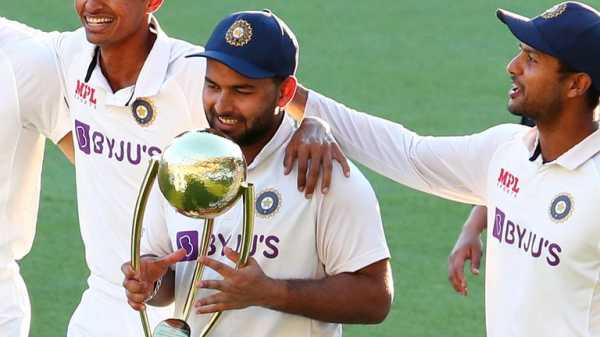 If there were caveats when India won 2-1 down under in 2018-19 – Australia shorn of key batsmen Steve Smith and David Warner due to their bans following the ball-tampering scandal – there were none during this winter’s series, with the tourists the ones who were depleted.

Without skipper Virat Kohli for the final three matches due to paternity leave, ravaged by injuries to key seamers and spinners, with net bowlers having to step into the Test arena, and having been torpedoed for 36 en route to losing the opening game in Adelaide, India, under the captaincy of Ajinkya Rahane, produced of the greatest victories in Test history.

With confidence from their plunder down under, Kohli back, many of the injuries having subsided and a staggering record on their own turf, India are big favourites. England the underdogs.

Sky Sports Cricket’s Nasser Hussain said: “India at home are a formidable outfit. They won’t be bullied. Any side who can go to Australia and come back from 1-0 down with all that happened to them on and off the field are tough. Kohli has instilled that.”

Hussain’s fellow pundit Michael Atherton added: “It’s about as hard a challenge as it gets.

“The pandemic has played into the hands of countries with bigger playing and financial resources. England have been playing sides with fewer resources but are now up against a team with better resources on both fronts. England supporters will probably be tempering their expectations.”

India have match-winners, and potential superstars, in droves.

In Kohli, they have one of the finest batsmen of his or any other generation, a man who averaged over 100 when his side thumped England at home in 2016 and averages nearly in 70 in Indian conditions. 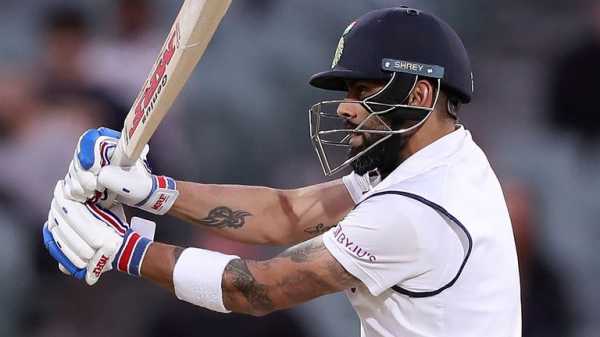 In Cheteshwar Pujara, they have the most obdurate of No 3 batsmen, one who perhaps puts more value on his wicket than any other player and who faced 928 deliveries across the series in Australia as he blunted the Baggy Greens’ much-vaunted attack. He averages close to 60 in India, too.

In Rahane, they have a man who stepped up with the bat and as skipper in Kohli’s absence in Australia, with his leadership lauded and his innings of 112 in the second Test in Melbourne going a long way to securing his team a series-levelling eight-wicket victory.

In Shubman Gill, they have a classy and composed young opener who averaged over 50 against Australia in his first Test series with his consistent scoring including 91 in Brisbane.

In Pant, they have an eye-catching wicketkeeper-batsman whose 89 not out from 118 balls at The Gabba followed an equally boisterous 97 in Sydney a week earlier which helped the tourists snare a draw on day five of the third Test and, at one point, made a win seem possible.

In Ravichandran Ashwin, they have a wily off-spinner with 377 Test wickets, 254 of which have come at home, where he averages 22.80 with 21 five-wicket hauls and six 10-wicket match hauls. Three five-fors and one 10-for came against England in 2016 when he bagged a series-leading 28 wickets. And in Jasprit Bumrah, who will be ably supported by fellow quicks Ishant Sharma and Mohammed Siraj, they have one of the best pacemen in the world, albeit one who has yet to play a Test in his homeland. Quick, unorthodox, accurate and with a devilish yorker, Bumrah brings stardust.

So where, if they exist at all, are the chinks in India’s extremely robust armour, Nasser?

“Kohli is coming back in under a little bit of pressure – although I think he handles pressure quite well! Rahane has done well as captain and if India lose the first game everyone will be saying just how well he did.

“Ravindra Jadeja being out injured is a massive blow as we as we saw how England, apart from Root, played left-arm spin in Sri Lanka, while there could also be a bit of bubble fatigue..

“Those players started up in IPL bubbles in August, played the whole of the IPL and have been on the road since. They will now go back into a bubble which will be hard for them.” 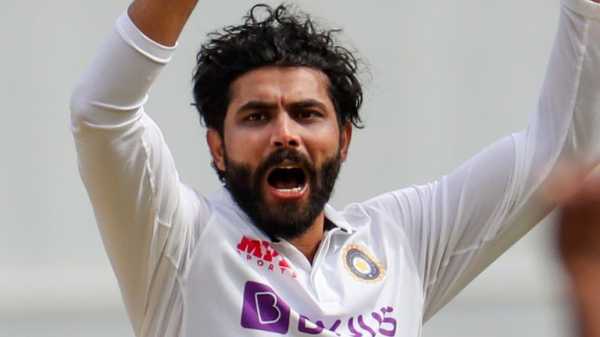 Potential cracks for England to exploit, then, but India will see some in the opposition camp that they will think they can feast on.

England’s openers, save for Dom Sibley’s unbeaten 56 in the final innings, endured a torrid time against Sri Lanka.

Sibley notched four, two and nought before that half-century and Zak Crawley made nine, eight, five and 13, while the duo’s combined seven dismissals all came off left-arm spinner Lasith Embuldeniya.

England spinners Dom Bess and Jack Leach, meanwhile may have claimed 12 and 10 wickets respectively but did struggle for control and consistency, with many of their wickets rather gifted to them by some inept Sri Lankan batting. India are unlikely to be as generous.

But there are plenty of positives for England, with the chief among them, Root, believing his team “couldn’t be in a better place” to challenge India in Chennai and Ahmedabad. 1:05 Michael Atherton looks at England captain Root’s excellent form in Sri Lanka and how there were shades of Kane Williamson in his batting

Root was in superb form against Sri Lanka in Galle, amassing 426 runs – over 200 more than any other player – at an average of 106.50 with two monster scores of 228 and 186. The captain delivering the match-winning innings he said he was striving for before the series began.

The way he swept Sri Lanka into a stupor suggests India’s spinners will have to be at the top of their game to get on top of him, with Root’s average in Asia (54.13) higher than it is anywhere else in the world. In 16 Tests on the continent, he has four hundreds, nine fifties and 1,624 runs.

Root can also call upon vice-captain Ben Stokes for the India series, after the talismanic all-rounder was rested for the Sri Lanka assignment. Fast bowler Jofra Archer is back, too, after a similar break, meaning England will have the 90mph-plus firepower they lacked five years ago.

It’s not all about pace, though, with the evergreen James Anderson and Stuart Broad starring on unhelpful decks in Sri Lanka – strangling the run rate and also proving wicket-taking threats. 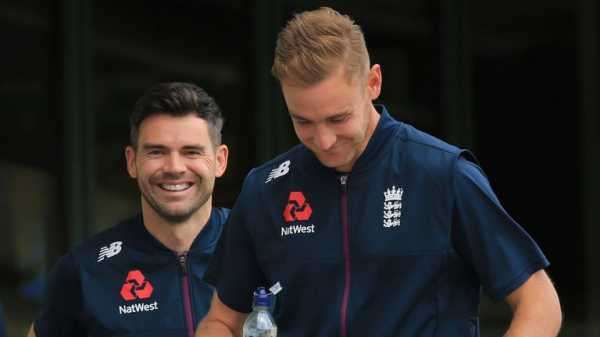 4:47 Nasser says James Anderson and Stuart Broad’s success in Sri Lanka means they should play together for England in India

Broad played in the first Test and Anderson the second with the pair recording combined figures of 9-80 from 57 overs, 27 overs of which were maidens. Their joint economy rate a parsimonious 1.40 runs an over.

Anderson’s 6-40 in the second Test made him the oldest pace bowler to take a five-wicket haul in Asia and you wouldn’t back against him breaking that record again over the coming weeks. Anderson and Broad seem to be improving in their senior cricketing years.

“For our seamers to be as effective as they were on that Galle wicket shows the improvement in taking wickets abroad which is something we have struggled with in the past,” Root said after the series win in Sri Lanka, which was England’s fourth in a row under head coach Chris Silverwood.

England have now won five away Tests in succession and eight of their last 11 Tests anywhere, with the only blip coming when they lost the series opener to West Indies at The Ageas Bowl in July.

“We are now more consistently banging out the template that we talk about all the time. The more consistent we can get with that, the more success we will have. It is pretty simple,” said Root. The template being big first-innings runs that give the bowlers something to work with.

You can talk about templates all you like but you need to show character, too, and England did that in Sri Lanka, twice winning after losing the toss. Even though the home side were very much complicit in their own downfall, that is still a decent effort from the tourists. 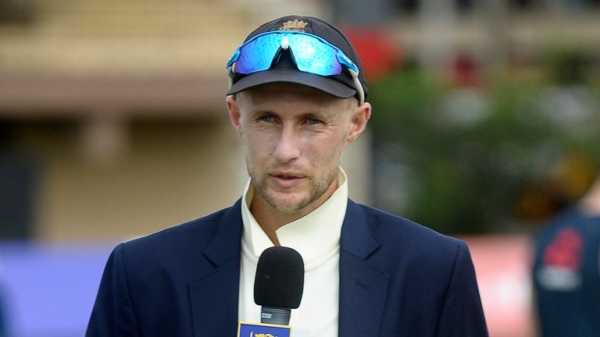 5:09 Root says England showed great ‘maturity, poise and calmness’ as they wrapped up a six-wicket win over Sri Lanka in the second Test

So, onto India it is for a confident England, albeit without what many would perceive as their best team.

For while Stokes, Archer and batsman Rory Burns are back – the latter returning from paternity leave and likely to regain his place at the top of the order – Mark Wood, Sam Curran and Jonny Bairstow will be rested for the first two games and Jos Buttler will fly home after the first Test as the selectors manage the workload of their multi-format stars.

Hussain and Atherton are fully behind players having breathers during a year of 17 Test matches, including an Ashes series in Australia, a T20 World Cup and potentially even more bio-secure bubbles – but is an iconic series against one of the game’s finest outfits the right time for rotation?

Atherton said: “The selectors are coming up with some unusual and unorthodox policies where England are not playing their best XI at any one time, which was always the way in the past.

“The key debate to be had is not about resting players but when you give players rest and I think England supporters will find it very odd that some players are playing a whole IPL and missing parts of a key India series.”

“But, personally, if I was Root on this roll England are going on, I’d say, ‘we’re going from Sri Lanka to India so let’s go there, pick our best side and manage down the line’.”

India themselves, however, proved in Australia that you can win against the odds away from home with vital players missing and England will now be dreaming of doing the same.

Yes, it will be a formidable challenge but an insurmountable one? We’re about to find out.