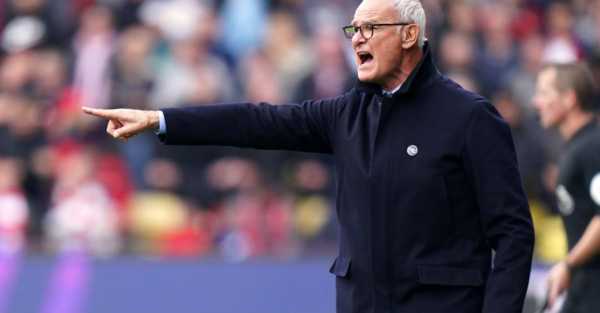 The 70-year-old Watford boss has explained the experience of top-level coaching as a constant leap of faith.

“A manager is like a parachutist – you don’t know if the parachute will open or not,” said Ranieri.

“And sometimes, people don’t even give you the parachute!

“When you take a decision, you are alone.

“But of course when you think about it, you think ‘I am alone for the decision’, but of course there’s a club behind you, there’s players who can express your idea.

“That’s it, there is satisfaction also. But of course the manager is a man alone.”

But a stunning 5-2 win at Everton raises hope that the crafty boss can inspire an upturn in fortunes for the Vicarage Road men.

United’s stuttering form and Solskjaer’s inability so far to make the most of stellar new recruits Cristiano Ronaldo and Jadon Sancho have led to calls from many quarters for him to quit Old Trafford.

Ranieri backed Solskjaer’s ability to handle the pressure, insisting all top managers can maintain dignity and respect despite stressful situations.

Asked if management is even lonelier at a big club, Ranieri said: “No, no no, as well as the Premier League also lower down.

“But you have to continue to do this, because there are plus sides to being alone in your decisions.

“Then it’s the character of the man, to go on, and be a good man.

“Then you have to look at all the problems, then put them behind you.

While Solskjaer fights to cement his place at the top table, Ranieri has been coaching for more than 30 years.

Despite his wide-ranging experiences though, Ranieri still believes he is yet to reach his peak.

“I’m full of experience now, but I’m not at my maximum because I want to continue to exchange information, to learn and understand every situation,” said Ranieri.

“I’ve definitely changed my approach though, of course. I was very different 30 years ago from now.”