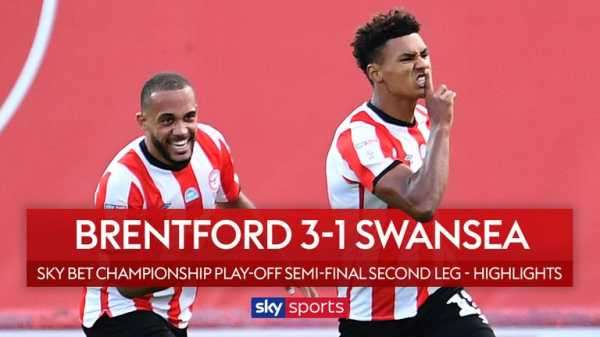 Frank used the injustice to gee his players up ahead of the second leg at Griffin Park and made the bold claim that he was “100 per cent sure we are going to win” in the build-up to the game. Early goals from Ollie Watkins and Emiliano Marcondes put his side in control of the tie, before Bryan Mbeumo extended the lead with a smart finish. Pontus Jansson’s uncharacteristic error allowed Rhian Brewster to reduce the deficit, but the hosts held on for a final win at Griffin Park – their home of 116 years.

Fulham’s win over Cardiff in the other semi-final set up a tantalising West London derby at Wembley on August 4, which will no doubt provide fresh impetus for Brentford to reach the Premier League for the first time in their history.