Burnley caretaker boss Mike Jackson fumed over the decision to award Tottenham a match-winning penalty in their 1-0 win over his side, claiming the call lacked “common sense”.

Sunday’s Premier League clash in north London was decided when Ashley Barnes was accused of handling in the Burnley box while under pressure from Davinson Sanchez to clear. The striker’s arm was outstretched and extended from his body – but he had no time to react to the ball hitting his forearm.

Harry Kane dispatched the penalty in the eighth minute of first-half stoppage time in what proved to be the winner. The result damaged Burnley’s chances of surviving relegation this season and caretaker boss Jackson could not hide his disappointment in referee Kevin Friend and his VAR colleagues after the match. 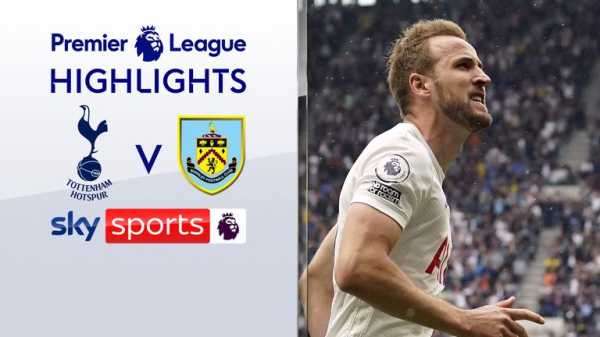 FREE TO WATCH: Highlights from Tottenham’s match against Burnley in the Premier League.

“I’ve just watched it back – I don’t think it’s a penalty,” Jackson said in his post-match press conference.

“You have to look at what happens before the ball comes in. It’s an 18-yard box with bodies in it, people are competing.

“Someone pulls Ash’s arm, he tries to keep his balance. How he can get out of the way of that, I don’t know. You don’t stand in an 18-yard box with your arms by your side. They’re up and they’re using your strength. Nobody has even appealed for a penalty.

“How can you go back into the 18-yard box and there’s three shirt pulls, someone pulls someone’s arm – you’d never get the game going. 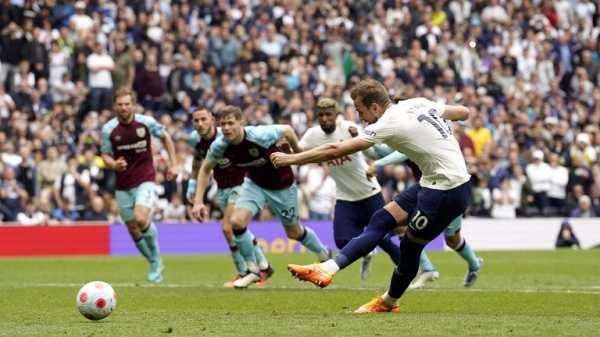 Image: Kane fired home from 12 yards in the eighth minute of stoppage time

“I’m annoyed but I’m proud of the group. They gave a right go. There’s a sign of fighting spirit. I don’t want to take my annoyance out on something when they played so well.”

Spurs boss Antonio Conte disagreed with Jackson regarding his take on the penalty, as his side climbed into fourth to put pressure on Arsenal ahead of their Monday Night Football clash at Newcastle, live on Sky Sports.

“I think [it’s] 200 per cent [a penalty] – not even 100 per cent,” Conte added, while pointing to his arm explaining where it hit Barnes. “It was so clear and honestly, it is difficult to understand their [Burnley’s] complaints.” 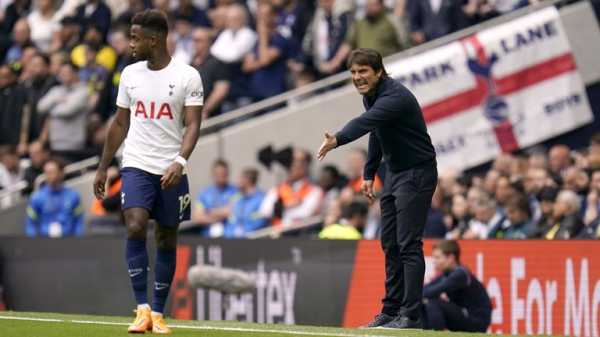 Image: Antonio Conte gees up his Tottenham team as they play Burnley

Sunday’s decision was the second contentious penalty Tottenham have been given this week, with Spurs earning a first-half spot-kick against Arsenal after Cedric Soares was adjudged to have fouled Heung-Min Son.

Mikel Arteta was clearly annoyed at that decision – and the call to send off Rob Holding for two bookable offences on Son – in his post-match interview with Sky Sports. 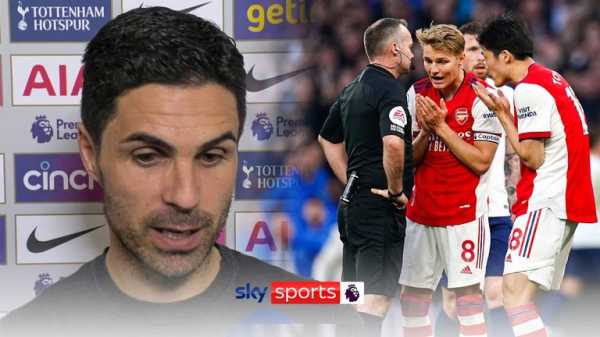 Arsenal boss Mikel Arteta gave a spikey post-match interview after his side lost 3-0 to bitter rivals Tottenham and gave up ground on the race for the top four.

“I want the referees to come in front of the camera and explain his decisions. It’s a shame because such a beautiful game was destroyed today.

“I am not unhappy with my players. I am proud of my players. The decision was made. We can’t change it. The referee has to make a decision in football.”

What is the handball rule?

A player has committed a handball offence if he or she: