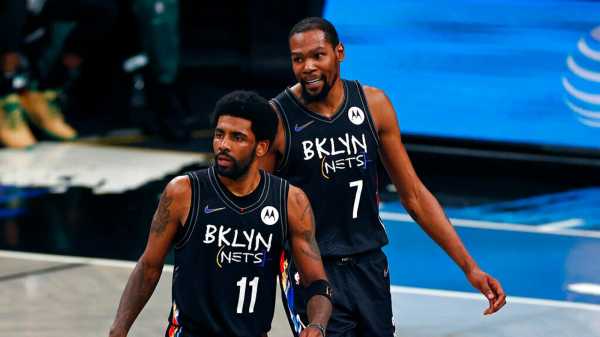 There’s a question that’ll be soon asked by every contending team that looks around the league and sizes up the competition: ‘Where Brooklyn at?’

It’s weird to say a squad with Kevin Durant, Kyrie Irving and Ben Simmons is sneakily under the radar, but here we are. You can take every team’s Best Case Scenario and few if any will match the Nets’ Best Case Scenario. There’s just too much here to admire, respect and even fear – if everything falls in place, of course.

The Nets are walking on shaky ground, yet at the same time, their ceiling is above the clouds. There’s really no middle ground with this team as to where it stands and how far it’s capable of going. It’s a half-empty, half-full situation and a betting man might take the over. 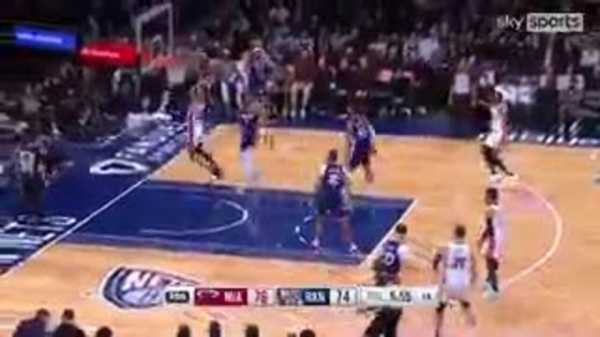 Durant returned to the lineup on Thursday against Miami and if he can recapture the form he showed before his sprained MCL when he was playing at an MVP-like pace … and if Irving indeed gets the green light to play home games … and if Simmons can regain full focus quickly on his return to action … then the Nets are as good if not better than anyone else. They’d bring the title trifecta: power, proven winners and depth.

It won’t matter that Brooklyn’s place in the East, at the moment, is submerged and closer to the Play-In Tournament than the penthouse. None of that will matter much in the playoffs unless you put a lot of stock in home-court advantage. 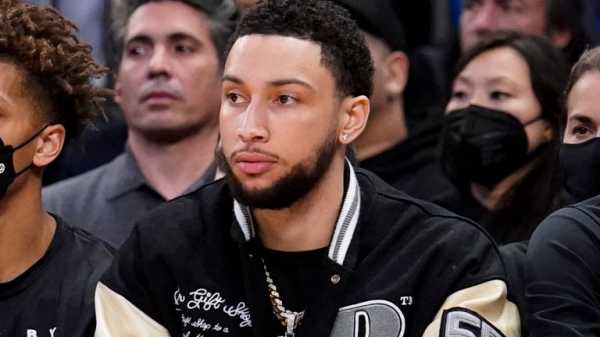 The true picture will begin to crystalise very soon, and it can’t get here fast enough for the Nets, who are battling the forces of dwindling time – we’re in the home stretch of the regular season – and unproven chemistry.

“Our guys are going to come back, and we’re going to take care of business,” said Nets reserve guard Bruce Brown. “We just haven’t played with each other yet. We just got to get on the floor together.”

There’s the matter of the elephant in the room. The will-he or won’t-he be able to play home games won’t matter much for the Nets until the playoffs begin; then they’ll need some clarity on Irving. They can buy themselves some time, but once they see someone in a playoff series the caliber of the defending-champion Milwaukee Bucks – or the Heat, or even the Philadelphia 76ers – the margin for error shrinks. Even for a team with Durant.

The Nets are banking on New York City mayor Eric Adams taking the next step in relaxing the city’s indoor mandate for the unvaccinated, which remains confusing (visiting players are OK) and perplexing to most, regardless of where they stand on the issue. Right now, there’s a reasonably good chance Adams will rule in the Nets’ favour, nudged in that direction soon by science or maybe civic pressure. But again, who knows? 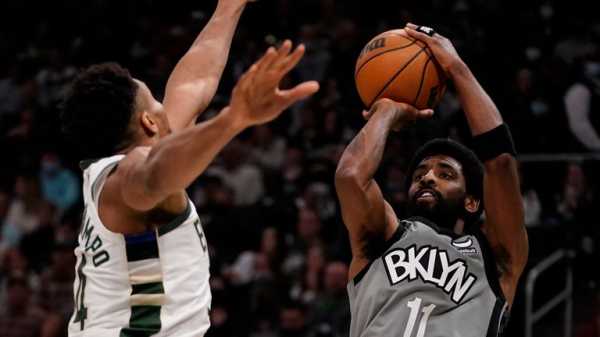 “I’m glad that things are kind of settling down and there’s light at the end of the tunnel here,” Irving said. “Hopefully, I can get back on that home floor playing in the Barclays and now we can finally have that conversation that you’ve been dying to have just about turning the page and moving forward beyond this.

“But like I said, I’m not the only one. I feel for everybody that’s either in my boat or a similar boat or have dealt with some type of trauma from this. And just wishing everybody well-wishes, always. I’ve been on record saying this that it’s not about me, that I don’t want to feel like it’s all on me.”

This, we do know: Kyrie is a certified shot-maker and champion. His presence changes the way the Nets are defended. He averaged 25.7 points per game in February despite being only playing on the road. Suddenly, the Nets bring a pair of bail-out artists to give them an advantage in tight fourth-quarter situations, and you figure they’ll see a few of them the deeper they travel in the playoffs. 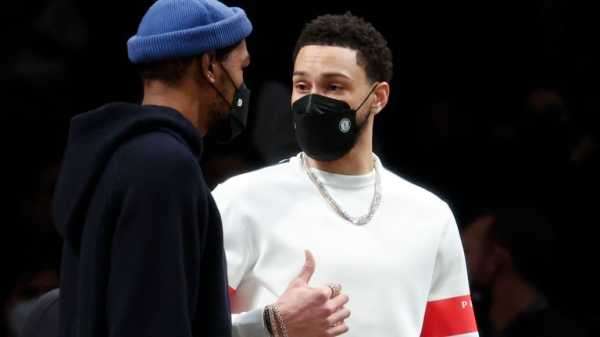 There’s no indication about when we’ll see Simmons. His conditioning is unclear after being away from an NBA gym for almost eight months and he’s dealing with a lower back injury (he hasn’t returned to full-contact practice). Plus, there’s no public sense of where he is mentally, especially since he bravely admitted about his mental health struggles, which began well before the Sixers’ season ended last year. 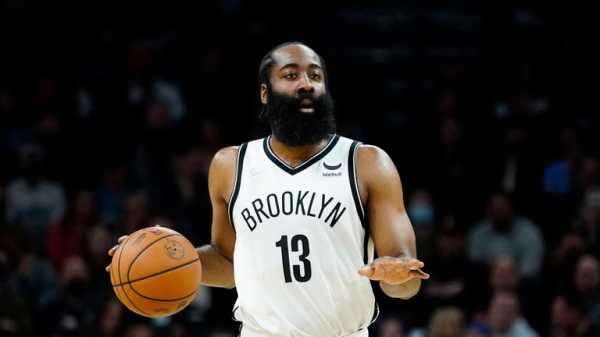 “He (seems) like a happy kid and he looks forward to playing,” observed Nets center Andre Drummond.

The beauty of the Simmons trade wasn’t just that the Nets grabbed a young player whose top-shelf defense solves the team’s most glaring weakness. It’s that the Nets also snatched a pair of useful reserve players in the process. 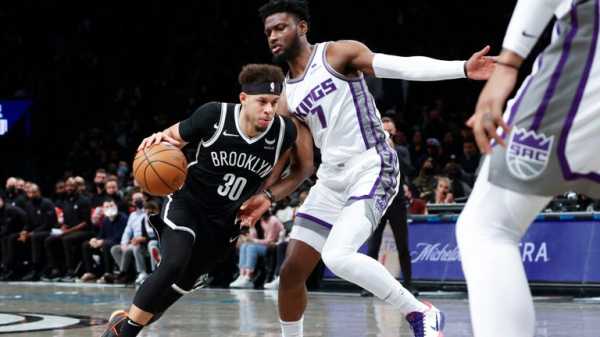 Seth Curry leads the Nets, scoring 23 points on his debut for Brooklyn

Seth Curry is shooting 41.1 per cent on 3-pointers this season (40 per cent with Brooklyn), and he’s either insurance in case Joe Harris flames (out as he did in last year’s playoffs) or an extra layer of shooting (in case Harris returns from injury and hits those open looks). That gives the Nets a treacherous three from the 3-point stripe: Curry, Harris and Patty Mills.

Also, Drummond was thrown into the trade – Nets GM Sean Marks cleverly weakened the Sixers by stealing their bench – and Drummond might wind up with the most minutes at center whether or not he starts over LaMarcus Aldridge. Drummond is still a deluxe rebounder who, again, fills a void.

Essentially, Durant has the supporting cast to give himself a shot at a third championship. Unfortunately for him, he was shortchanged in the short-lived Harden stint. Everyone knows Durant, Harden and Irving only played 16 games together. Fortunately for Durant, he has perhaps an upgrade with Irving and Simmons – with all the aforementioned strings attached, even if Brooklyn’s new ‘Big Three’ still hasn’t played yet. 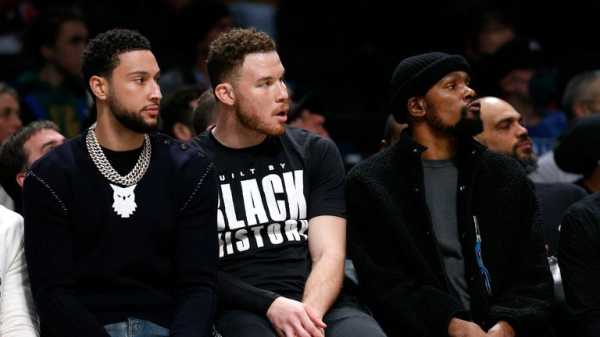 Remember, even without an injured Irving and a hobbled Harden, the Nets would have eliminated the Bucks in 2021 had Durant’s foot been behind the 3-point line for his shot in Game 7 of that series. Durant is that gifted, that capable of carrying a club if a few things go wrong with his teammates.

“He’s going to come back and impact the game every way possible,” Drummond said. “He’s a threat both offensively and defensively. I think with our chemistry together on the floor, it’s going to make it very difficult for teams to pick their poison, with who they want to guard … we have a lot of threats.”

The Nets were 27-15 when Durant was injured and left the lineup on January 16, and went 5-16 without him. That gives you the scope of his impact on winning and losing. 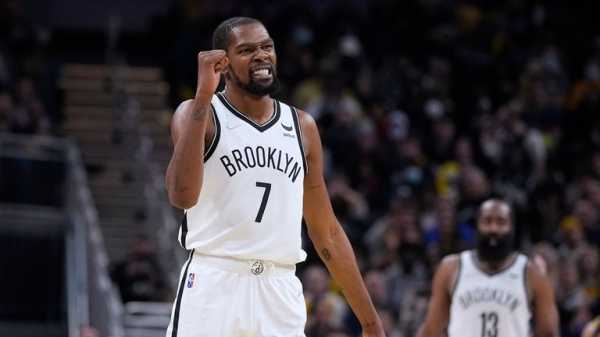 Kevin Durant poured in 39 points as the Brooklyn Nets, who featured Kyrie Irving for the first time this season, beat the Indiana Pacers 129-121 earlier this season

That’s also why the Nets aren’t in full panic mode even though they’re sitting in the Play-In spot and teetering on the edge. The assumption is once Durant returns, the situation will stabilise. And, once he’s joined by Simmons and Irving, the Nets will soar.