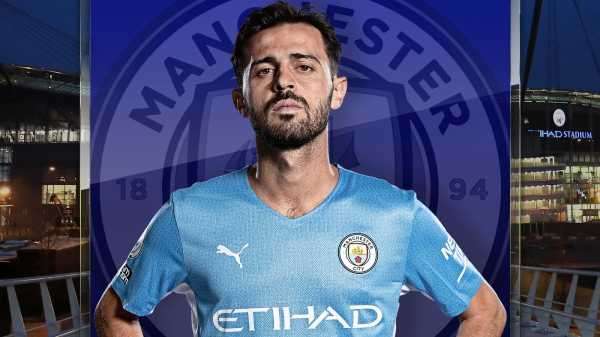 “He is the best,” said Pep Guardiola afterwards. Bernardo Silva had just scored one of the goals of the season, sending a fierce volley beyond Emiliano Martinez in the Aston Villa goal. “Against a good goalkeeper it was an incredible finish.”

His four previous goals in the competition this season have come from inside or close to the six-yard box. This strike, coupled with Guardiola’s claim that Silva is the Premier League’s outstanding player, puts the understated Portuguese in the spotlight. It is well deserved.

He has long been Manchester City’s problem solver, of course. Patrolling the right channel. A turn up front. A stint operating deeper. Guardiola does not like to go into games without him but the specific role can depend on who else he wants to include in the team. 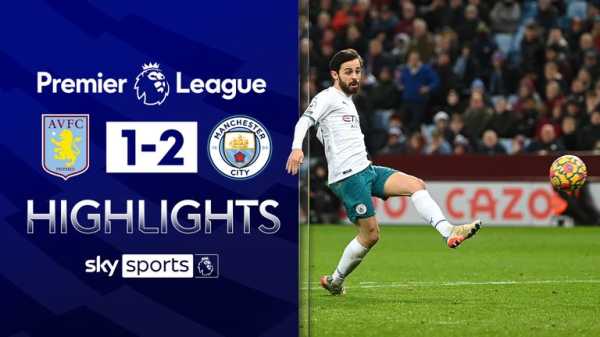 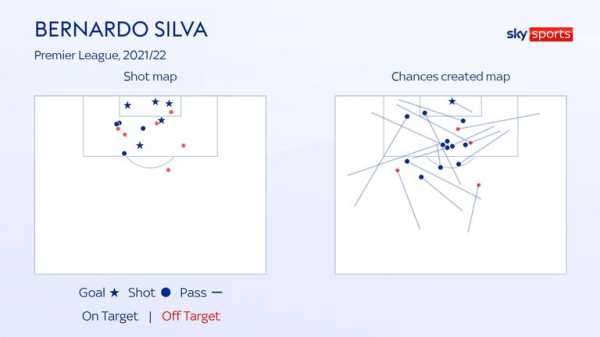 As a result, it would be wrong to suggest that Silva is under-appreciated. He was Manchester City’s player of the year in the 2018/19 season, something that Guardiola referenced when pointing out that Silva was once again performing to his very best levels.

“He was the best two or three seasons ago,” said the City coach. “He was the best then too. You have to go back to when we won with 98 points, review the videos, you will see the same player like this right now.”

Even so, it can often seem that some of Silva’s most important work is being missed. “Bernardo has a special ability to do with the ball whatever he wants,” said Guardiola. And yet, it is what he does without the ball that separates Silva from the rest. 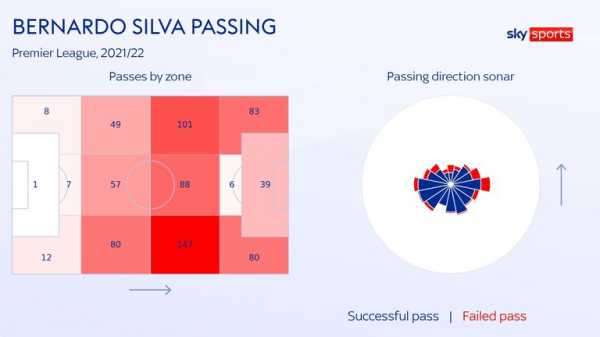 Five minutes into the game at Villa Park on Wednesday evening, Matt Targett played a slightly loose pass inside that Emiliano Buendia was unable to control. Silva pounced. His ceaseless running, that enduring energy in closing down opponents, sets the tone for City.

At times, football can feel like a trade-off between will and skill. One of the oldest selection debates in the game is whether to indulge that luxury player who might delicately be described as being fond of conserving energy because of the quality they bring to the team.

Silva makes a mockery of it all.

He is supremely gifted. He is also the hardest worker. 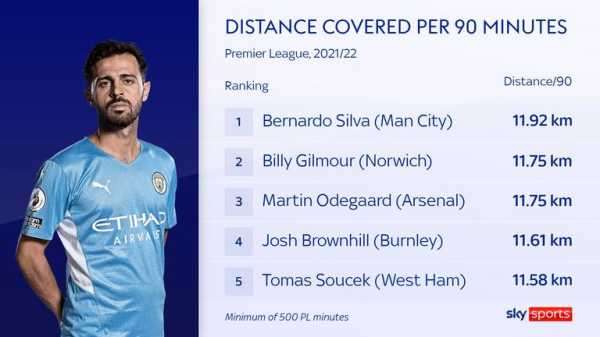 He has the numbers to back that claim up. Among regular Premier League players this season, Silva has covered more ground per 90 minutes than anyone else in the competition. He is averaging almost 12 kilometres per game, a picture of perpetual motion.

This is not some workhorse who is having to work harder than the rest just to keep up. This is Silva. The same player who can hit vicious volleys, retain possession in the tightest of areas and still be sending in crosses like the one that found Gabriel Jesus late on at Villa.

Only City’s holding midfield player Rodri has won back possession of the ball for the champions more times than he has this season in both the middle and final third of the pitch. His defensive action area highlights the vast zone that he covers for the team. 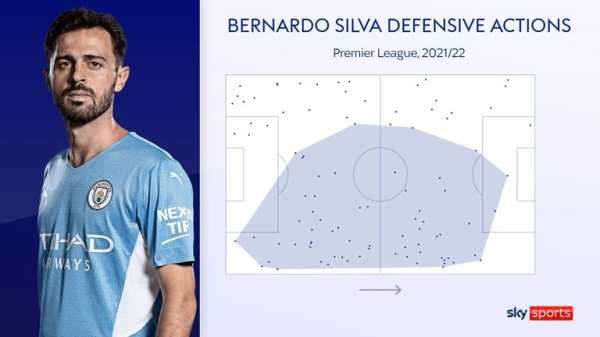 Even the numbers do not quite tell the full story. Watching Silva’s work off the ball reveals his true significance. That decision to close down an opponent so sharply denies the simple pass that would otherwise have been made. It stunts attacks, it shapes the flow.

Sometimes his hard running allows a team-mate to win the ball back instead because a hurried pass has put the next man in trouble. Other times, it is the example he sets that just seems to encourage those around him to play the game at a higher tempo. 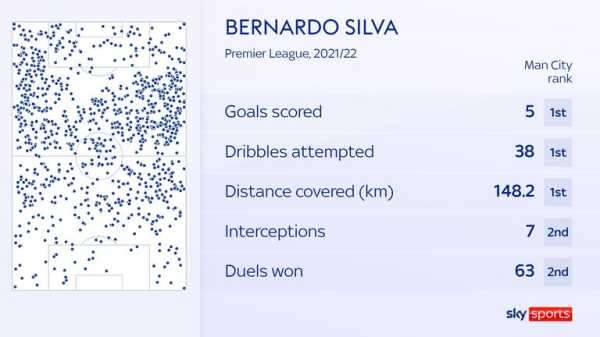 It is the relentlessness of this work that makes moments like his goal at Villa Park so much more satisfying. Much like N’Golo Kante’s strike against Leicester in November, it gives everyone an excuse to celebrate a player who brings so much more to the game.

City supporters needed no reminding, of course. They understand that it was Silva’s return to the starting line-up last season after drawing at home to West Brom that was the catalyst for their 15-game winning run that all but secured the title in Kevin De Bruyne’s absence. 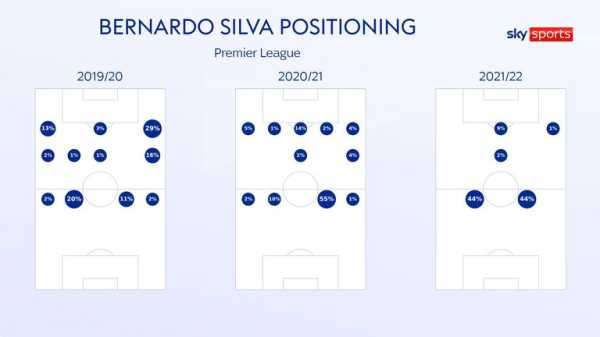 Indeed, the sequence only came to an end when Silva was surprisingly left out for the home defeat to Manchester United in March. Guardiola has not made that mistake in a big game since. Perhaps it explains why the club were so glad to keep hold of him in the summer.

In the week that individual awards were being distributed, in the season that a £100m signing arrived at the Etihad Stadium, this was just the latest evidence of how much this diminutive figure from Portugal would have been missed had he gone.