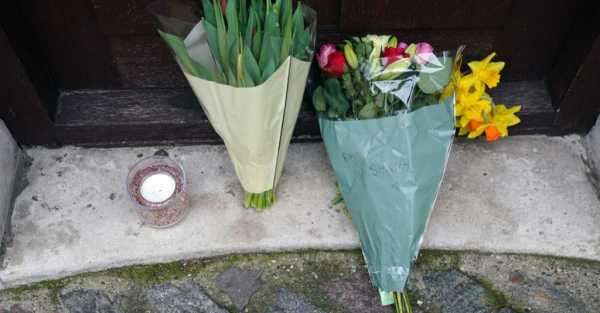 Shock and disbelief were the dominant themes as Australia’s newspapers reacted to the death of Shane Warne at the age of 52.

The world of cricket is coming to terms with the loss of one of its greatest figures after leg-spinner Warne, one of the finest cricketers of all-time, suffered a suspected heart attack in Thailand.

Warne took 708 Test wickets, the second-highest ever, in 145 matches across an illustrious 15-year international career.

The Sydney Morning Herald reported that former players Allan Border and David Boon fought back tears as they reacted to Warne’s death.

“He made cricket enjoyable for us of all and he was a light for everyone,” Boon said.

“He had a great sense of humour. So confident on the ground but off the ground so vulnerable as well. He and I had a relationship.

“It is especially a shock when you only have recently seen someone and he was in good spirits, he was enjoying life. I thought he looked all right but he said, ‘I have got to lose a couple of kilos again’ and all that at the end of the Australian summer.

“It’s a shock when you know that is not going to be able to happen again.”

Warne’s death came just hours after that of former Australia wicketkeeper Rod Marsh and Border told Fox Cricket: “I’ve shed some tears over the last couple of days with Rod Marsh, it’s going to be hard getting through the next couple of days finally realising I’m not going to see Shane again.

A special 2am edition of Melbourne’s Herald Sun was one of several papers to lead with the news that Warne’s friends raised the alarm when he was late for a scheduled get-together in Koh Samui.

The Australian said Warne was due to meet friends for a night out, “barely a day into a three-month break,” when they realised something was wrong.

The Age quotes Warne’s manager James Erskine as saying that the 52-year-old was “on holiday, having a lie down, siesta, he hadn’t been drinking, he’d been on this diet to lose weight.”

The Daily Telegraph said that Australian government officials have met with one of Warne’s friends in Thailand as what they describe as the “battle” to get his body home begins.