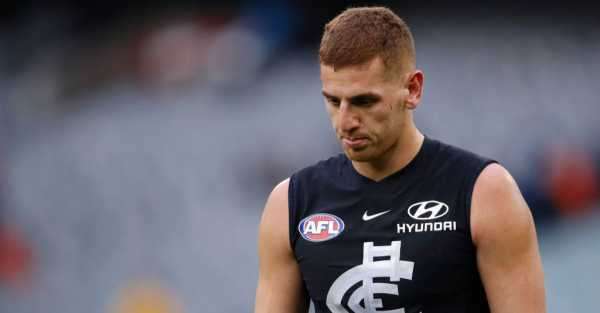 Carlton Blues defender Liam Jones has announced his Australian Football League (AFL) retirement for personal reasons, the club announced on Sunday, days after local media reported he had chosen not to get vaccinated against Covid-19.

Jones (30) had a contract with the Melbourne-based club for the 2022 season and was required by the AFL to be fully vaccinated before their return to training next month.

“It is understood Jones’ decision to retire is related to the vaccination policy implemented by the AFL in preparation for the 2022 season,” the AFL said on its website.

Australia’s Victoria state had included professional athletes in a vaccination mandate that required “authorised workers” to have two Covid-19 shots by the end of November.

“I want to take this opportunity to thank all who have supported me throughout my journey, both personally and professionally. I love the game and I’ll miss my teammates,” Jones said in a statement announcing his immediate retirement.

“I hope that people respect my decision and privacy – neither myself or my management team will be making any further comment on the matter.”

Carlton’s head of football Brad Lloyd said the team had been speaking with Jones for months before the defender made his decision on Sunday.

“We have been in constant dialogue with Liam in recent months and allowing him the time he needed to make an informed decision regarding his playing career,” Lloyd said.

“Liam confirmed with us today that he has made the decision to retire, and his wish for the specific reasons of that decision to be kept private – as a club, we will be respecting that.”

The club are working with the AFL to replace Jones on their squad for the 2022 season.