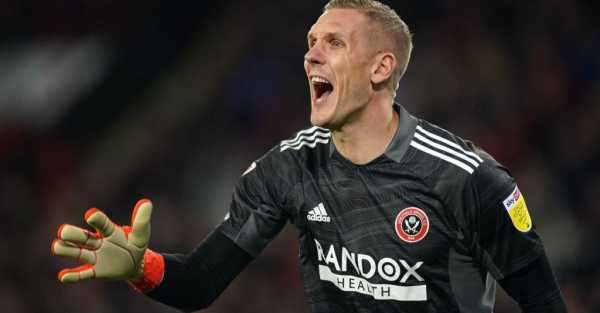 Villa boss Steven Gerrard has moved quickly to strengthen his squad ahead of next season, and the 32-year-old Olsen joins Philippe Coutinho, Boubacar Kamara and Diego Carlos in joining the club.

Olsen spent the second half of the recently-completed season on loan at Villa Park, having started the campaign at Sheffield United, and acted as understudy to Emiliano Martinez.

The Swede, who has been capped 57 times by his country, made his Villa debut on the final day of the Premier League campaign but was mobbed at full-time by Manchester City fans who flooded onto the pitch to celebrate their title win.

Villa, who announced their latest signing on Saturday morning, have not disclosed the length of Olsen’s contract.