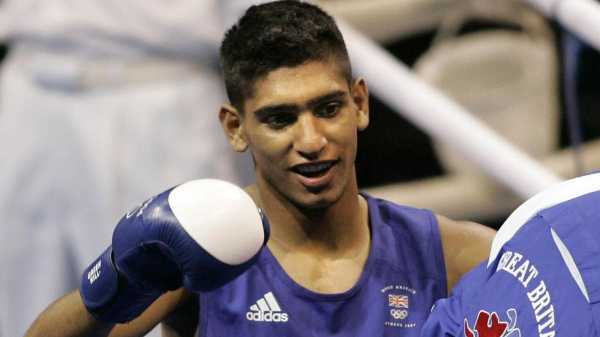 A glittering professional career has led Amir Khan to Saturday’s showdown with Kell Brook, but it was the Bolton protégé’s short yet stunning stint in the amateurs that enabled him to become the golden boy of British boxing.

Khan will meet Brook in a grudge match at Manchester Arena on Saturday as the pair look to settle a lengthy rivalry, live on Sky Sports Box Office.

While both became world champions during their elite professional careers, it was Khan who became a household name as an amateur by winning a silver medal at the 2004 Olympics in Athens, aged just 17. 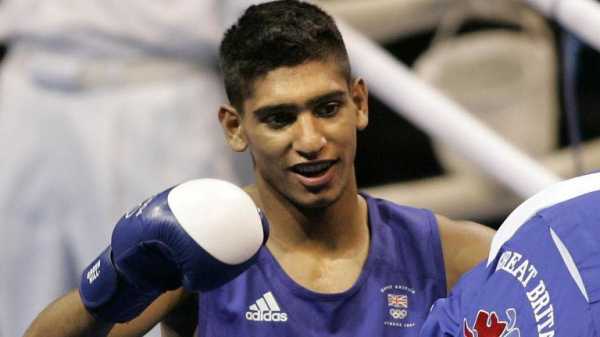 British boxing coach Terry Edwards, who was in Khan’s corner in Athens, has told Sky Sports News in an exclusive interview how Team GB almost lost him to Pakistan, before heated debates between the fighter’s management and coaches led to both ups and downs on the road to the Olympics. 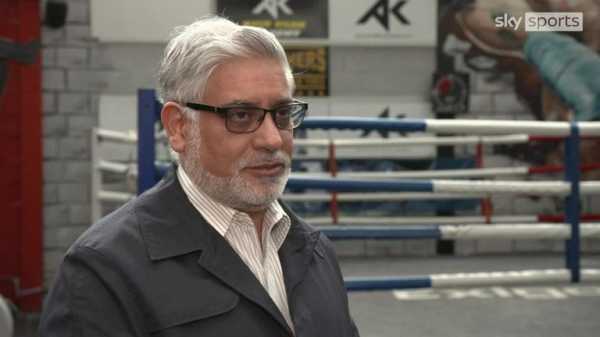 “I’ll tell you what we’ll do, we’ll bring him into the senior squad, and I’ll have a look at him and work with him, and let’s see what happens.”

With his talent obvious, Edwards continued to work with Khan. While the 15-year-old was dominant against other teenagers, there were initial struggles against more seasoned amateurs.

“When Khan fought someone of his own age, he hit them, they went down or they ran away,” Edwards said. “But a 24-year-old may not be as skilful, or as technical as Khan, but they stand there and they take it and they hit you back.”

At the start of 2003, with Khan having turned 16, Edwards decided the youngster was ready to be tested at a senior event in Germany.

Despite some confusion over the format, Khan did more than enough to convince Edwards to take him on as a permanent member of the British squad. 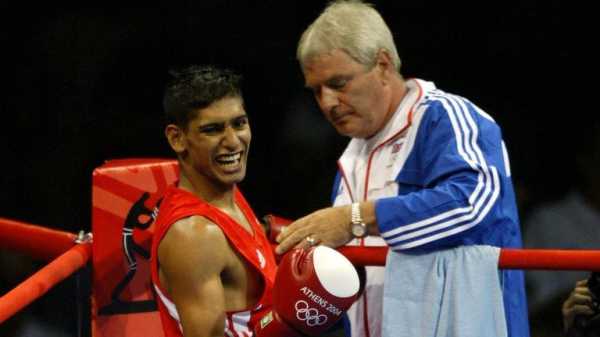 Image: Amir Khan was coached by Terry Edwards at the 2004 Olympics in Athens (PA)

“It was four ‘twos’ then (four two-minute rounds),” Edwards said. “His first bout was against a German and at the end of the third round, he was coming back to the corner, trying to take his gloves off, because he had only (previously) fought three two-minute rounds.

“He went back and obviously he won.

“The second bout he had was against another German, in a different city, because we travelled every time. This guy he boxed there was the bronze medallist in the previous senior world championships.

“Khan stopped him in three rounds on the 20-point rule.

“Ian Irwin was at the competition… I walked over to him and said, ‘We’ll have him.'”

Thoughts then turned to qualifying Khan for the Olympics, which he did at the second attempt at a competition in Bulgaria.

However, a debate then began as to whether Khan was ready to compete in an Olympic test event in Athens, at which only fighters who had qualified for the Games would be in attendance, ensuring an elite field.

Edwards lost the debate, with Irwin insisting Khan should travel to Athens, where he was drawn against Cuba’s Olympic and world champion Mario Kindelan, in the opening round. 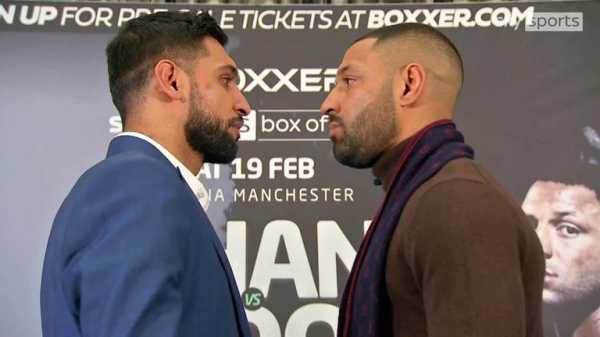 Ahead of Amir Khan vs Kell Brook, Johnny Nelson analyses the pair’s long-standing rivalry and where the fight could be won and lost.

“He got beat fairly substantially really,” Edwards recalls. “I always remember, because (Anwar) Chowdhry, who was the president then of AIBA then, called me over and I knew.

“He went, ‘Terry, why have you brought Khan here?’

“I didn’t want to expose him. He was only a baby.”

As Khan returned from Athens with his confidence dented, another debate broke out, this time as to whether he should fight at the upcoming world junior championships in Korea.

This time Edwards got his way, and the rest is history.

“My performance director was totally against it,” Edwards recalls. “He said, ‘No, he’s boxing senior now, and he’s going to do this, do that.’ 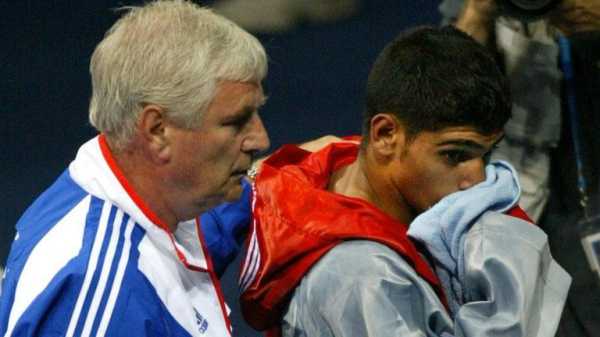 “I said, ‘He’s just come off getting beat by Kindelan. Send him to the World Junior Championships in Korea.’

“It would have brought his confidence back up. But they were all against it.

“Khan and his dad and his club coach came in. They argued for it and we all went around the table, because all the top ones were there from GB boxing. I was the only one that said I wanted him to go. 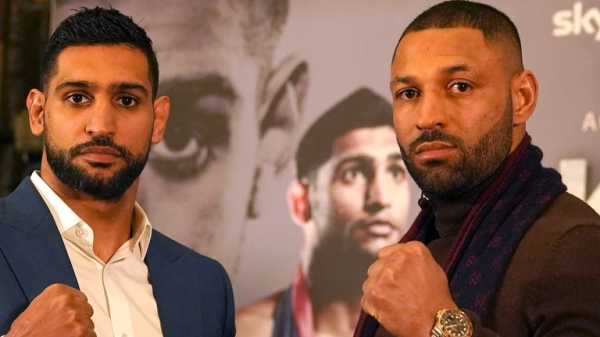 Former UFC champion Khabib Nurmagomedov says he is looking forward to this weekend’s bout between Amir Khan and Kell Brook, and he thinks it will be a close fight.

“My performance director sent another coach to Korea and Khan won the world junior title. It was exactly what I wanted in the first place.

“He came back and we prepared for the Olympics.” 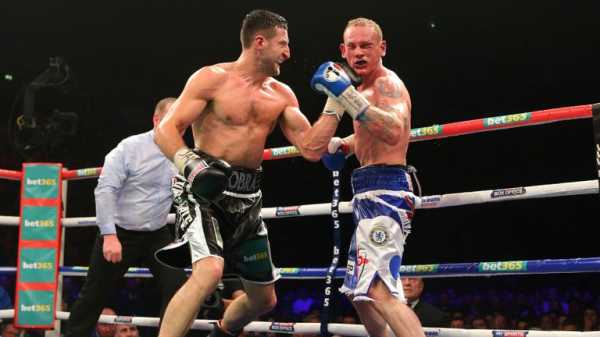 With Amir Khan and Kell Brook set to settle their long-running feud this weekend, check out some of British boxing’s best rivalries from the past.

Khan, Britain’s only boxer at the 2004 Olympics, set the Games alight. He reached the final, drawing in a huge audience, before he was once more beaten by Kindelan in the final.

However, Khan’s silver medal was a landmark moment for British Olympic boxing, with his legacy evident in the fact that a team of 11 Brits went to last summer’s Games in Tokyo.