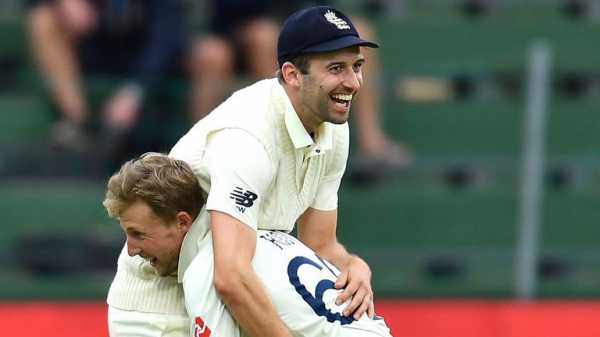 4:53 England captain Joe Root talks of his pride at clinching a Test series win over South Africa and the importance of player-of-the-match Mark Wood.

It was fantastic to see Dom post his first Test hundred at Cape Town. People questioned his method of playing in New Zealand, but he’s started to silence those critics and what’s impressed me is the way he’s grown game by game, becoming more and more comfortable in that Test environment. He’s here to stay, in my opinion.

Like Sibley, he’s growing into Test cricket with each game. He was obviously nervous on debut in New Zealand but got another opportunity through Rory Burns’ injury and kept progressing. Like any batsman, he’ll want that three-figure score but it’s nice to see him settling into the Test arena. I’m all for giving younger players the opportunity to develop and he has potential.

I’d have given him eight out of 10 for his excellent first touch on the football field… but unfortunately he only played the one Test, where he continued to make strides and grow in stature. He’s had the operation, there’s a lot of rehab ahead of him, but I’d expect him to come back and open the batting with Sibley in the first Test of the summer. 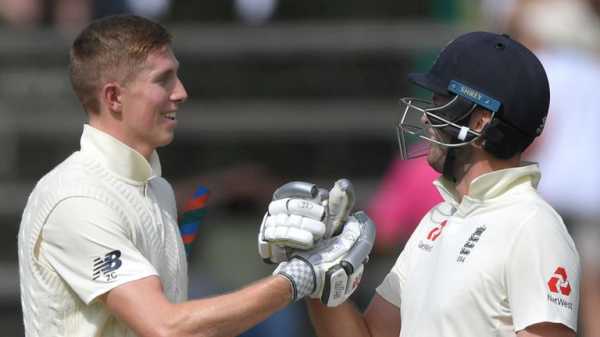 To only score one fifty in seven innings, having looked comfortable at the crease, is a real frustration for Joe and everyone who wants to see him do well. He’s never looked out of his depth but he’s got to post a big score because he could have Crawley chasing him down when Burns comes back. Sri Lanka will be a big series for him and I’d suggest he wants to have a more positive intent when batting against spin. He’s a great team man but he’ll be judged on his run-scoring ability.

At the start of this series, people were questioning his captaincy, but I felt he grew in confidence. The way he shuffled his bowlers around and his field placings – which were sometimes outside the box – were excellent. Batting-wise, he looks in good touch. He got three fifties in his seven innings – so if he’s going to go from an eight to a nine, I’d just want to see more hundreds. Then throw in his bowling as well, where his four wickets at Port Elizabeth helped to change the game.

Quite simply, he’s a game-changer. England should appreciate everything he brings – not just with bat, ball and in the field, but with his passion and desire to be the very best he can for his team and team-mates. The way he bats changes the state of the game and every team in the world would want to have Ben Stokes. I might have given him 10 out of 10 had he not dropped a couple of catches and got that demerit point as well. 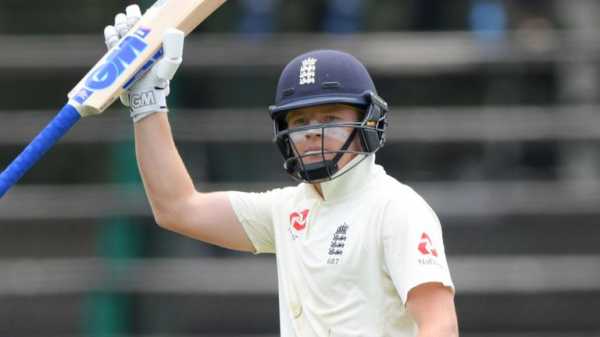 Although he missed the first Test through illness, he’s opening up everyone’s eyes to what an exciting talent he is. He’s taken to international cricket very well and he’s only going to get better. Only 22, but you’d expect him to have a 28-year-old’s head on those young shoulders. Quite apart from his excellent hundred at Port Elizabeth, he also fielded so well at short leg that I can assure him he’s got a job for life there!

It’s always difficult to judge someone on one game and Jonny only played at Centurion because of Pope’s illness. But for me you still want him around that Test set-up and he’ll be desperate to get back in the team as soon as he can. He knows he’s got to work his way back and work on a couple of technical issues so he can get back to being the top-class player we know he can be.

You can always judge a keeper by whether you notice him or not and I can’t remember Jos missing chances. He was safe behind the stumps and I’d give him 7.5 out of 10 for his keeping. In front of the stumps, with a bat in his hand, a highest score of 29 in seven innings is a poor return for someone of his ability who’s played 41 Tests. The spotlight is on him, because everyone else has done well with the bat, and voices are getting louder and louder about whether he should stay in the team. 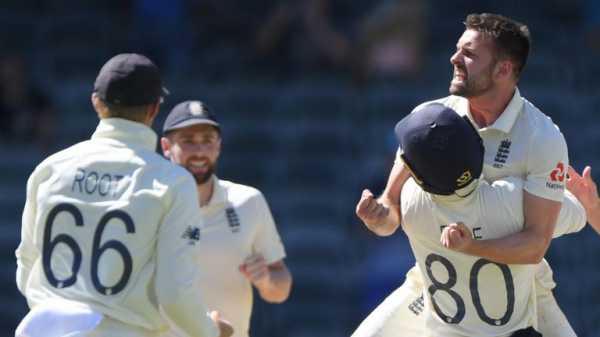 7:56 Watch highlights from the fourth and final day of the fourth Test as England hammered South Africa by 191 runs to win the series 3-1.

Sam’s got great potential and ability to be a top seven batsman in Test cricket – I just want to see him bat at the right tempo. He’s got to read situations and know when to take the attack to the bowlers and when to sit in. He played a couple of rash shots, none more so than his first-baller at Johannesburg. In terms of bowling, when the ball didn’t swing, he was learning new skills all the time and 10 wickets at 32 is a good return. You can see how much the captain puts his trust in him.

He arrived midway through the series, due to Jack Leach’s illness, impressed straight away and he’s now in possession of that second spot. I like the way he bowled, with intelligence and control. When he had to get wickets, he did and he’ll only get better and better. Batting-wise, he knows he’s got work to do but he’s in the side predominantly to bowl. I can’t fault him on that and I look forward to seeing what he can do in Sri Lanka.

I’m a massive fan of Woakes – he’s England’s Mr Dependable. Illness cost him the opportunity to play at the start of the series but in the one Test he did play at the Wanderers, he bowled at a good pace. He’s a valuable member of the team and he can score runs as well, so you’d always want him in and around the set-up. 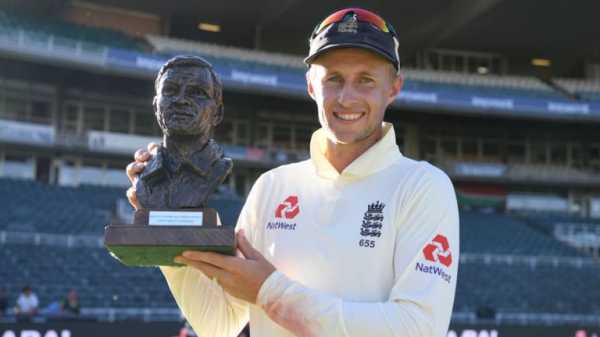 He missed two matches, but in the two he played he made game-changing contributions. He wants to become an all-rounder and chase down his good mate Ben Stokes – with the bat, he was entertaining, and with the ball, he was exceptional. He’s gone through so much with injuries and operations – to come back the way he did and showed everyone what we’ve been missing was so exciting.

You can’t beat experience. Broad’s a real fighter and he’s here for the foreseeable future. He won’t be giving his Test place up easily – and why would England want him to? He took 14 wickets at under 20, but it’s also about his knowhow. You can always see him talking to other bowlers, coming up with plans, and it was good to see him whacking a few runs at the Wanderers as well – hopefully that can get his batting back on track.

5:57 Ben Stokes says it is rare for him to experience hassle from fans after his altercation with a spectator in Johannesburg.

It was a tough series for Archer, with illness and injury. They’ve got to get to the bottom of that elbow problem because he’s a massive part of this England set-up. He got his five-wicket haul at Centurion, but he’ll bowl a lot better and get fewer wickets than that. The management need to understand what makes Archer tick and make sure he’s around the team for the next 10 years or so, because having him and Wood in the same squad adds real fire to the set-up.

It’s cruel that he worked so hard to get back for this series and then got cut down again so early. But I’d be very surprised if we don’t see him again, whether in Sri Lanka or in the summer. As with Broad, we shouldn’t pension people off before they’re ready and Jimmy’s still got a lot to offer. We need a pool of six or seven bowlers that can play their part and you’d certainly want him to be among them.