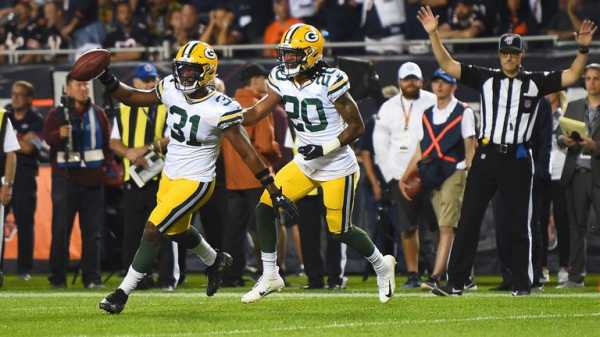 4:07 Green Bay’s opening night win over Chicago was dominated by their defense

The Packers were able to score 21 points early in the game, including two touchdown throws from Rodgers. The frustration was directed at the lack of adjustments made by the coaching staff going into the second half, where the Vikings were able to shut the Packers out. But they still won, as their defense restricted Minnesota to just 16 points.

In the post-game press conferences, both player and coach admitted that were not exchanging pleasantries. “We’re a little animated at times. I can’t say we were yelling how much we love each other,” Rodgers said.

Rodgers has looked a lot happier in recent weeks. Consistently winning games can often help repair seemingly fractured relationships. He has refuted the suggestion that he needed to prove how his relationship with LaFleur was developing, instead suggesting that they have an open line of communication. 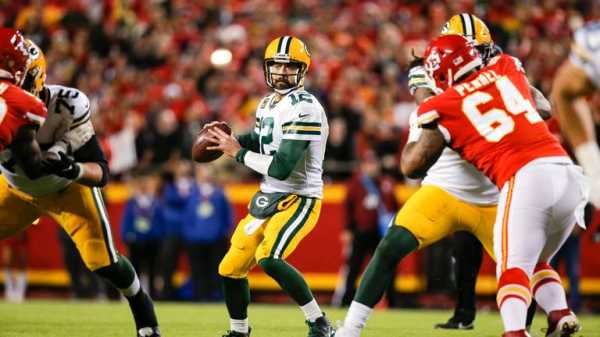 0:56 Rodgers is still producing magic throws, like this falling-back effort against the Chiefs

Two weeks ago, without their number one receiving option Davante Adams, the Packers marched into Arrowhead stadium and were able to beat the Kansas City Chiefs – albeit without star quarterback and last year’s MVP Patrick Mahomes.

Despite last week’s surprise 26-11 loss to the Chargers in LA., the Packers are at 7-2 on the season and sitting at the top of the NFC North.

While Rodgers and LaFleur have not ruled out arguments in the future, they have attributed any disagreements to both being competitive people and wanting what is best for the team in order to win. 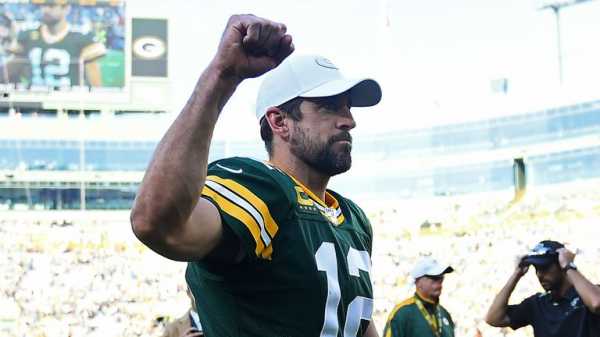 What is clear is that Rodgers has really embraced the introduction of LaFleur’s offense and it has allowed him to flourish in recent weeks, including a career game in a blowout win over the Oakland Raiders in which he accounted for six touchdowns (five passing and one rushing).

The growth was clear to see in the two outings against Oakland and Kansas City, as Rodgers doubled his passing touchdown tally for the season in those two games alone. After eight TDs through the first six games, he sits on 17 after Week Nine.

Even after the early-season struggles, his recent performances have his name in the race for MVP.

The game against the Chargers set his bid back, and he will have to play catch-up to Russell Wilson, Lamar Jackson, Christian McCaffrey and others, but if he can continue at his recent pace, then he should be in the conversation come the end of the season.

In the last three games, Rodgers has completed 71 per cent of his passes, thrown nine touchdowns, no interceptions, and has a quarterback rating of 129.8 – those are MVP numbers.

In LA, the pass-rushing combination of Melvin Ingram and Joey Bosa was able to negate his ability to keep plays alive by creating pressure from both sides of the defensive line. Rodgers was held to 161 passing yards.

Both LaFleur and Aaron Rodgers will be hoping Sunday was an anomaly. Because their recent offensive success has made all the early-season issues between the two seem like a distant memory and has put the team on course to make the playoffs for the first time since 2016.