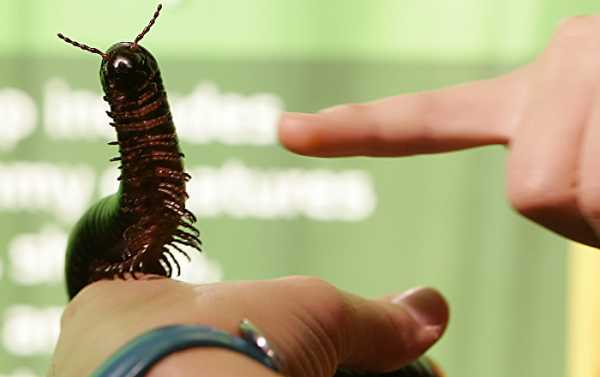 Scientists say that the findings of their study suggest that bugs, as well as plants, have evolved much more quickly than they previously thought, going from small communities to complex ecosystems in tens of million years, a short time span when it comes to evolution.

Researchers from the University of Texas at Austin have discovered the world’s oldest bug – a 425-million-year-old millipede. Fossils of the creature, called Kampearis, have been discovered in Scotland on the island of Kerrera. In order to determine the age of the millipede, the researchers used a technique called molecular dating, which is based on DNA’s mutation rate. Previously, scientists found world’s oldest-known plant in the same region.

According to the study, published on 13 May in the journal Historical Biology, Kampearis, which is about 2.5 centimetres long, doesn’t look like millipedes today. Scientists say that its ration included decomposing plants.

The researchers say that the findings of their study suggest that bugs, as well as plants, evolved much more quickly than they had previously estimated.

“It’s a big jump from these tiny guys to very complex forest communities, and in the scheme of things, it didn’t take that long”, said Michael Brookfield, the lead author of the study, a research associate at the University of Texas at Austin’s Jackson School of Geosciences, and an adjunct professor at the University of Massachusetts Boston. “It seems to be a rapid radiation of evolution from these mountain valleys, down to the lowlands, and then worldwide after that”.