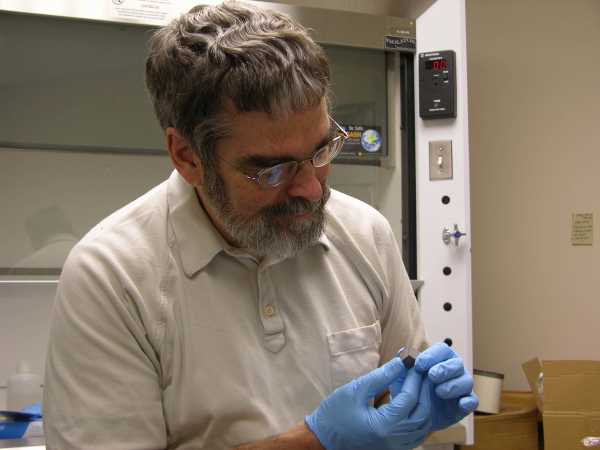 High on Mount Graham in Arizona, tucked into a forest of trees, there’s a telescope. It’s one of several at the Mount Graham International Observatory. But this one is especially concerned with the heavens; it’s operated by the Vatican Observatory.

Yes, the Roman Catholic Church has its own astronomical observatory. The Vatican’s astronomical institution dates back to at least 1891, and shows that the church is an active participant in the scientific world. Its observatory gave us the first photographic proof of the green flash at sunset. And researchers there are still digging into questions about nearby planets and asteroids, and galaxies far, far away.

The observing hasn’t taken place at the Vatican itself for a long time; Rome is much too light polluted. But they’ve spread other locations, like Arizona. (Fittingly, the Arizona telescope mirror was designed by an Angel. Specifically, a man named Roger Angel.)

Brother Guy Consolmagno is based near this Arizona telescope. He’s a Jesuit brother, but also a planetary scientist. And right now, he directs the Vatican Observatory.

Given NASA’s plans to return people to the moon in 2024, and tech billionaire enthusiasm for sending humanity into space, I wanted to ask Consolmagno about the relationship between human beings and space, from both a scientific and a religious perspective.

More specifically, I wanted to ask him about the tension I saw between his role as a scientist and his role in the church. Astronomers are actively searching for signs of life on other worlds. I wondered what it would mean for Catholicism if they found it.

It turns out he doesn’t see that tension at all.

Our conversation, edited for clarity and length, touches on the work that the Vatican Observatory does, how Consolmagno grapples with big philosophical questions, and how, as he sees it, science and religion enhance and complement each other.

But to start: how one becomes a Vatican astronomer in the first place.

I [was] a scientist for 20 years [specifically in the ’70s and ’80s]. But eventually … I was pushing 40 years old. I thought if I joined the Jesuits as a brother, maybe I could teach at a Jesuit university.

So when I joined the Jesuits, all they asked was to do the three vows: poverty, chastity, obedience.

Poverty, I was used to that — I had been a grad student.

Chastity I was used to — I’d been a grad student.

But this obedience thing? That was new. They have control over where you’re going to work. And they told me with my background my doctorate in planetary sciences I was going to go to the Vatican Observatory.

I’m curious what a day in your life looked like?

It happens that a French nobleman had donated a thousand meteorites to the Vatican. So a typical day when I was just having fun being a scientist was: I’d go down to my lab, measure meteorites for a couple of hours, take a break for coffee because this is Italy, and then go back and write up the measurements.

But … in 2015, the pope was looking for a new director because the old one had done his 10-year term and said, “You’re the new director.”

If you could have any piece of any part of the solar system just right in front of you to look at or examine what would you want?

I would want a cubic meter of the water that comes from the ocean under the ice crust of Europa.

There’s so much that we could learn!

First of all: Is there life in that water? And if not, why not?

All the ingredients ought to be there for the kind of chemistry that gives us life.

And not only is it great science, but there’s also a personal connection. It was the first bit of science that I ever worked on when I was an undergraduate at MIT, and I wrote a master’s thesis about the waters under the ice crust of the icy moons.

I think this is the most likely place where we’re gonna find life that was not contaminated by whatever it started life on Earth. A separate evolution of life.

What would it mean for Catholicism for us to discover intelligent life elsewhere?

You know, we’ve already got [parts of scripture] that say that we’re not the only intelligent things made by God. That’s already built into the system.

You’ve got marvelous places [in the Bible] where a farmer talks about the stars shouting for joy at their creator.

We don’t know what we’re talking about. And as long as we realize that it’s fun to hypothesize, it’s fun to have fun with the ideas.

I think there’s this perception that in religion — and please correct me if this is wrong — but that humankind is viewed as this central figure or presence. And I wonder if that clashes with this idea that we are wildly, infinitesimally insignificant compared to the size of the universe?

Religion never wanted to say that human beings were the center of the universe. This is a misunderstanding of the old cosmology. Earth was at the bottom of the universe.

Think of the picture of Dante, when he was trying to describe in his medieval view, the inferno down below — at the center of the Earth. 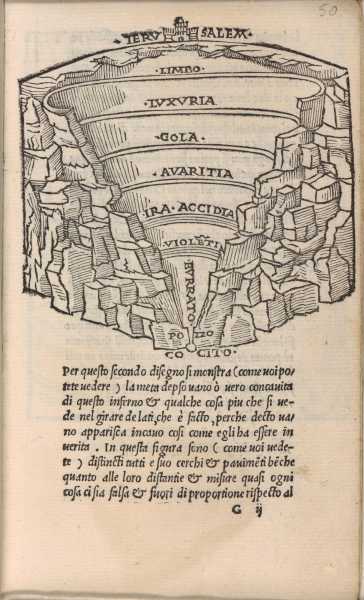 That would make the inferno the most important part of the universe. No! It’s just the opposite.

We are, in this medieval view, in a chain of creation, and we’re about as far away from the action as you can be. We are insignificant.

That’s what makes the idea of salvation so mind-boggling. That a God who you’d think would have better things to do would nonetheless care about planet Earth. That’s what’s astonishing. And you only recover that sense of astonishment if you realize how small and insignificant we would otherwise seem to be.

Now, the people who wrote Genesis, Chapter 1, which was the best science of its day 2,500 years ago, said that the Earth was a flat plane with a dome over it and water above and below the dome, and that’s what you see when you look outside.

And bigger than that was the God who made it.

That was a pretty big God.

Now, we’ve got a universe that we can only see 13.8 billion light-years in every direction.

And bigger than that is the God who made it.

It sounds like what you’re saying is that the relationship for you between science and faith is actually very strong.

The soundbite answer I can come up with is: My religion tells me God made the universe. My science tells me how he did it.

But there is more to it than that and I’ll go back to a science fiction writer, Teresa Nielsen Hayden. She has a wonderful essay that starts, “I believe in the God of the Burgess Shale.”

And her point was that a God who made the universe like this and then shows us how it was done wants us to be scientists. Is trying to scream to us, “This is where you’re going to find me!”

Tension isn’t the right word, but there is a relationship. And like any kind of relationship, there’s always going to be issues. But they’re good issues.

The reason we have the courage to do the science is because we believe in a universe that is consistent, and is logical, and that follows laws, and that is so good that it is worth spending our life studying. Even if I can’t come up with the dollars and cents answer for why it’s worth doing.

And all of those are religious assumptions.

The people that want to draw a conflict between one or the other, generally, they’ve got an agenda. They’re trying to sell you their side one side or the other. And they want to put up the other side as a different side as an enemy.

We’ve seen how that works in politics: very badly.

And it’s very bad for science and religion.

Everyone I’ve spoken to in our office and I told, “Oh, I’m interviewing the Vatican astronomer” has said, “Oh. What about Galileo?”

Ha! Everything you know about Galileo was probably wrong; the Galileo affair was so tied up in the local politics and the local personalities. When you read what was really going on it’s not the myth you were taught.

But the truth doesn’t make the church look any better.

Because, hey: We’re human beings! We do stupid things!

But the fact is, we have to embrace our mistakes.

We have to recognize that, at the end of the day, we don’t know all of science yet. Otherwise, why would I ask for money to do it again next year?

And we don’t totally understand God. That’s why we keep going back and praying every Sunday. To try to figure out … did I get that right? And what am I supposed to be doing now?