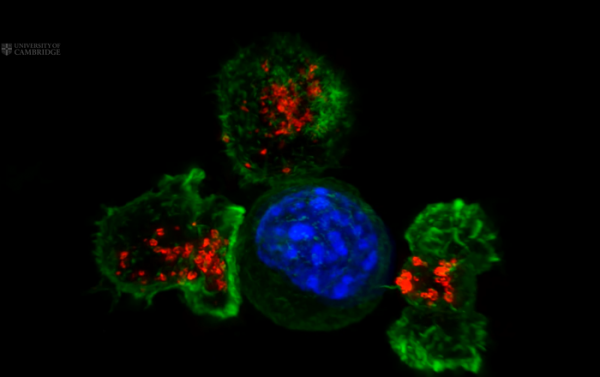 A cure for cancer has long been the priority of researchers across the world, but recent breakthroughs in immune system therapies have only been capable of targeting a limited number of existing cancers.

A recently found part of the human immune system could be used to treat every cancer, according to scientists from Cardiff University on Monday.

While looking for ways the immune system can be used to combat cancerous cells and a means for biological defence to attack tumours, scientists discovered a T-cell inside human blood.

The findings were published in Nature Immunology, where researches described the T-cell inside people’s blood as an immune cell which can scan the body to identify any physical threats to be eliminated.

This particular cell could target a variety of cancers including breast, prostate, ovarian, kidney cervical, and lung, while ignoring healthy cells, offering hopes of a universal cancer treatment.

“It raises the prospect of a ‘one-size-fits-all’ cancer treatment; a single type of T-cell that could be capable of destroying many different types of cancers across the population”, said Professor Andrew Sewell, the lead author on the study from Cardiff University’s School of Medicine.

“Previously nobody believed this could be possible”, he added.

“We hope this new TCR (T-Cell Receptor) may provide us with a different route to target and destroy a wide range of cancers in all individuals”.

T-cells have the ability to “see” at a chemical level and specific receptors interact with a molecule called MR1, which exists on every cell in the Human body.

MR1 could potentially signal the distorted metabolism ongoing within a cancerous cell to the Human immune system.

T-cell therapies for cancer involved immune cells being removed, modified and then returned to a patient’s blood-steam in order for the cell to attack and destroy cancer cells.

Chimeric Antigen Receptor’s (CAR-T) are the most prolific of TCR’s currently used, which are personalised to every recipient of the treatment but are only capable of targeting a number of cancers and have yet to be successful in combating “solid cancers” or tumours.

It too is capable of differentiating between healthy and cancerous cells and targets only the later.

While the treatment has not yet been tested on humans, researchers and experts say it has enormous potential.