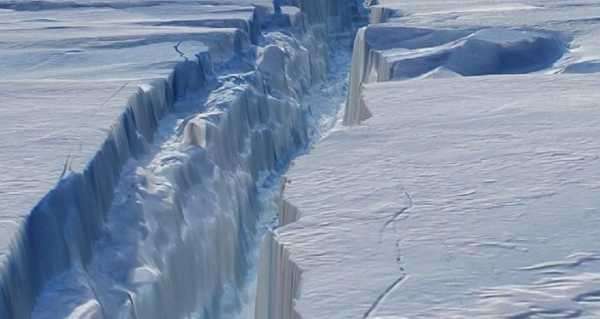 The Pine Island and Thwaites glaciers along the coast of the Amundsen Sea have already contributed five percent to the rise of global sea levels, and scientists are bracing for far worse scenarios.

The Antarctic glaciers, which have long been on scientists’ radars, have now been found to be on a course to disintegrate completely, sooner or later, as both are breaking free from the restraints that have hitherto kept them in place – and sea levels in check, according to findings published in the Proceedings of the National Academy of Sciences. The study was based on thorough analysis of satellite images of the area.

The giant Pine Island and Thwaites glaciers, which already account for around five percent of the global sea level rise, have a natural buffer system that prevents large masses of ice from flowing outward into the sea.

The glaciers’ “shear margins”, where their floating ice shelves meet high levels of friction that rein in the natural flow of the ice, are increasingly weakening and in some cases breaking into pieces.

While many of the images have been looked into before, the new analysis suggests that they are a sign of progressive disintegration, with Lhermitte stressing that the ice shelves “are in a very bad state”.

The survival of Thwaites has traditionally been regarded as critical, prompting the United States and Britain to launch a multimillion-dollar research mission to the glacier.

Researchers fear that the loss of the natural ice formation could trigger a greater collapse of the West Antarctic ice sheet, which is made up of enough ice to eventually raise seas by about 10 feet.