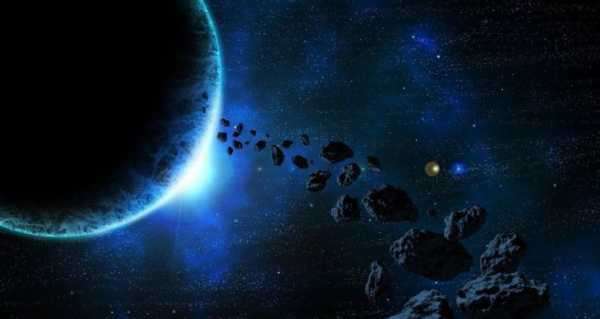 The two bodies, the biggest to hurl past Earth in the upcoming two weeks, are comparable in size to the world-famous Egyptian landmark, which is almost 140 metres tall and dominates the whole Giza area just outside Cairo.

Two massive asteroids will whiz past Earth in the next two weeks, with one estimated at up to 130 metres in diameter and the other at 200 metres — nearly the size of the 139-metre Ancient Egyptian Great Pyramid, believed to have been constructed for Pharaoh Khufu.

The two bodies, named 2020 RO and 2020 PM7, are the largest to fly by our planet in the coming two weeks, on 25 and 29 September, approaching Earth at a distance of 2.9 million and 5.8 million kilometres respectively. By way of comparison, the distance to the Moon from Earth is around 384,500 km.

Overall, 21 asteroids are expected to pass by Earth by 2 October.

Quite a few massive celestial bodies fall under the category of Near-Earth Object (NEO), which according to NASA’s classification, applies to any comet or asteroid that flies by our planet within 1.3 astronomical units (AU) – one AU is the average distance between Earth and the Sun. Since NASA launched its Near-Earth Object (NEO) programme in 1998, the space agency has found that more than 90 percent of asteroids are larger than 975 metres wide.

Another synonymous, but slightly narrower, term also frequently used is “a potentially hazardous asteroid”, or PHA.
According to NASA, which boasted of having identified over a million asteroids, PHAs are currently determined based on the object’s measured potential to make a dangerously close fly-by. In particular, all asteroids with a minimum orbit intersection distance (MOID) of 0.05 AU or less and an absolute magnitude (H) of 22.0 or less are defined as PHAs.

NEOWISE data suggests that there are a total of around 4,700 ± 1,500 potentially hazardous asteroids with a diameter greater than 100 metres travelling in space.

NASA is currently working closely to classify NEOs and to assess impact risks, as well as plan planetary defence strategies in case of a potential collision. While NASA and other space agencies around the world have charted many of the asteroids that pass Earth, there are still many that the space agency is still in the dark about.