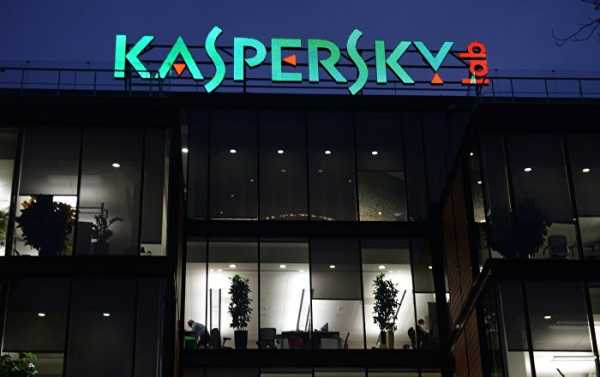 The anti-virus company demands an explanation, stating that the move contradicts freedom of expression. Up till now Twitter’s management has claimed that Kaspersky Lab’s business model conflicts with their acceptable business practices and cited a warning from the US government, which views the company as a threat to national security.

The co-founder of cybersecurity firm Kaspersky Lab, Eugene Kaspersky, has revealed details of his company’s recent standoff with Twitter over its ads being banned. The businessman insisted that Twitter should give a detailed explanation of the decision or admit it has made a mistake, saying this is the only way to cast away fears of political censorship.

Kaspersky says that the social media tycoon informed his company about the ad ban at the end of January. The notification then stated that Kaspersky Lab operates using a business model that inherently conflicts with acceptable Twitter Ads business practices. It also claimed its commitment to freedom of expression and its wish to ensure that people feel safe on their site. A Twitter representative confirmed this with Reuters recently.

The ban followed charges by US authorities against Kaspersky Lab, which poses a threat to national security due to its close ties to Russian intelligence. The company’s software has been banned by US government agencies.

In the recent showdown with Twitter, Eugene Kaspersky stated that his company doesn’t violate any written or unwritten rules; but rather just sells security software to customers. Moreover, according to Kaspersky, the move conflicts with our freedom of expression.

He praised Twitter for their idea regarding the Advertising Transparency Center, stating he understands that social media outlets are busy dealing with public and political pressure, referring to their recent testimonies on Capitol Hill amid an investigation into alleged Russian efforts to influence the 2016 US presidential election. But Kaspersky also insists on mending the Twitter’s current rules, which allow of legal ethical businesses to be censored.

“Otherwise, we will get political censorship under the mask of fighting against violence and hatred,” his statement reads.

Commenting on the topic to Reuters, Twitter stated again that the decision is based on a conflict of business practices. It also said that the corporation was responding to a Department of Homeland Security warning claiming that the Russian government had access to Kaspersky Lab and therefore the company posed a threat to national security.

It’s not the first time Twitter has banned particular advertisers on its platforms.  It banned ads from Russian outlets Russia Today and Sputnik, blaming them for meddling in the 2016 U.S. elections, as well as cryptocurrency advertisements.

The software company has faced pressure in the United States over its alleged ties to Moscow and involvement in cyberespionage for some time, although the company has denied all allegations. The company promised to share its code for inspection and let specialists search for vulnerabilities, apt for meddling by intelligence services. In September 2017, the US Department of Homeland Security (DHS) commanded US state agencies and departments to stop using Kaspersky Lab products due to their potential threat to US cybersecurity.

In January the US Treasury Department also included Eugene Kaspersky on its so-called “Kremlin report,” along with 114 Russian politicians and 96 businesspeople, which may later be targeted with sanctions.