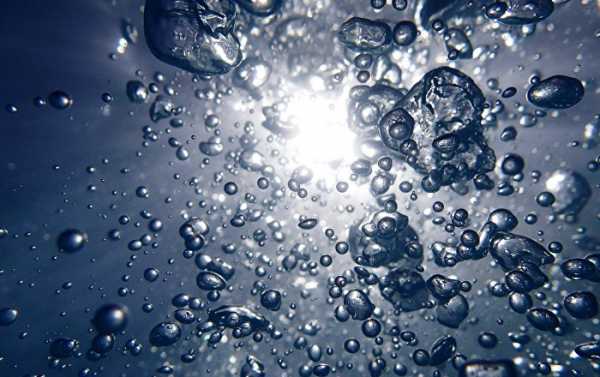 According to researchers, millions of tons of hazardous substances, such as petroleum products, heavy metals and pesticides find their way into the world of pool water due to sewage. Discharge of water without treatment is unacceptable, as many polluting components are very harmful to the environment.

“According to the UN, shortage of fresh water in the world is currently estimated at 230 billion cubic meters per year,” said Professor Pavel Strizhak, head of the research group and Professor of the Tomsk Polytechnic University. “Today more than 1.8 billion people drink only purified water. By 2030 almost half the world’s population will face the threat of water scarcity. Given this, the development of processes for the purification of water from pollutants and industrial waste is of vital importance.”

This method of water purification, developed in the Tomsk Polytechnic University, includes several stages. First, contaminated water is converted into emulsions and suspensions. To obtain emulsions, the researchers add liquids that do not dissolve in water. To obtain the suspensions, they add solid substances distributed in the form of fine particles. Then, these emulsions and suspensions are entered into a special heating chamber where each droplet contains impurities, is heated to relatively low temperatures (300 to 500 ° C).

When heated, the pressure drop across the borders between the different components of the droplets (between the two components of emulsions, and liquid and solid particles in suspension). This differential pressure causes an explosive collapse of the interphase boundaries. From the initial drop, the aerosol produced a lot of drops with some explodes and disintegrates after the application of heat. These processes follow a chain reaction, thus rapidly to separate pure water from impurities.

“When heated, water evaporates, and non-combustible impurities precipitate, and combustible burn,” Shults explained. “Then, condenseries water vapor and we get the purified water, which can then be re-used for process needs, for example. In industry, this treatment can be carried out in chambers of various designs, such as the contact heat exchangers (which look like dryer nozzles). To clean highly contaminated water, the method of the fire can be used with burners”.

Shults believes that this new method is very competitive, as it provides effective removal of toxic and combustible gases.

“Compared with other well-known developments of foreign scientists, our methodology allowed the researchers to achieve a stable explosive breakup of drops exclusively for a group of liquids that are substantially heterogeneous in composition and structure,” explained Shults. “These results will serve as a basis for the development of advanced water purification technology, which takes less time and energy.”

This method can be used to clean the water used in the processing of industrial facilities (chemical, petrochemical, metallurgical, pulp and paper production), because it can effectively purify water that contains the combination of various contaminants. It also allows the use of secondary energy such as heat from flue gas in the boiler-house, working within the company can be used in water treatment plants.