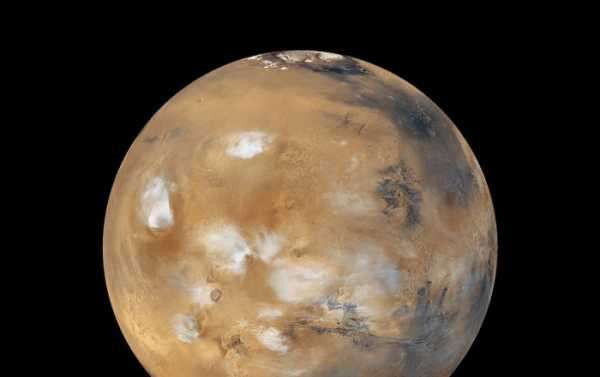 The timing for the launch of unmanned spacecraft to the Red planet is linked to the opening of a one-month window, when Mars and Earth are in alignment on the same side of the sun so as to minimise both travel time and fuel required.

In an ambitious effort to probe the mysteries of the Red Planet, three countries, the United States, China and the United Arab Emirates, are sending unmanned spacecraft to Mars this week, reports AP.

The series of successive launches target a one-month window when Mars and Earth line up on the same side of the sun, allowing for reduced travel time and fuel – an opportunity that only presents itself once every 26 months.

The US’s first successful launch of a spacecraft to Mars was in 1976, with the twin Viking Landers.

Currently, two NASA landers are operating there, InSight and Curiosity, while six other spacecraft, three American ], two European and one from India, are conducting exploratory missions from orbit.

A six-wheeled, car-sized rover named Perseverance is being sent on 30 July from Cape Canaveral by the US on a mission to gather rock samples that will be analyzed on Earth as scientists ponder what Mars was like billions of years ago.

​While currently the planet is a barren, desert world, there was a time, billions of years ago, when it was rich in rivers and oceans which may have allowed simple organisms to flourish. The craft’s cameras will shoot color video of the rover’s descent.

Perseverance is set to land in an ancient river delta and lake known as Jezero Crater, presenting an “obstacle race” of boulders, cliffs, sand dunes and depressions.

New guidance and parachute-triggering technology is anticipated to be able to successfully steer the craft away from such potentially challenging hazards.

Jezero is believed by scientists to have once been flush with water and, as such, a possible site for simple life-forms. Traces of ancient microbial life, if indeed it existed, might be discovered in the sediment layers of the crater.

Perseverance will drill into promising rocks, taking a half-kilogram of samples in titanium tubes to be brought back to Earth by another rover.

Perseverance will also be using radar to search for possible underground pools of water.

A 4-pound (1.8-kilogram) helicopter is also planned to be released on Mars becoming the first rotorcraft ever to fly on another planet.

Feeding into NASA’s long-nurtured aspirations to return astronauts to the moon by 2024 and send them from there to Mars in the 2030s, the rover will also be conducting an experiment to produce oxygen from the carbon dioxide in the thin Martian atmosphere.

If successful, this could be utilized by astronauts on Mars for both breathing and making rocket propellant.

With their imminent launches to Mars, the United Arab Emirates and China are hoping to achieve similar success.

Amal, or “hope” in Arabic, is the orbiter of the UAE built in partnership with the University of Colorado Boulder, scheduled to launch from Tanegashima Space Centre in southern Japan via a Japanese H-IIA rocket on 15 July on the country’s first interplanetary mission.

Reportedly costing $200 million, including the launch but not mission operations, the UAE probe is to study weather cycles, weather events in the lower atmosphere such as dust storms, and probing the reasons for the drastic climate changes on Mars.

Crater which recently appeared on the surface of Mars

Following close on the heels of the preceding two missions will be China, with a scheduled launch of a rover and an orbiter with a Long March 5 heavy lift rocket around 23 July, on a mission dubbed Tianwen, or Questions for Heaven.

Its stated objectives are to search for evidence of current and past life on Mars, as well as to assess the planet’s environment.