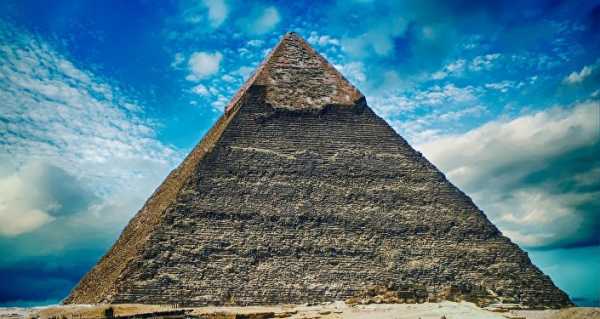 The structure, which weighs 5.75 million tonnes and is 138 meters in height, is the oldest and largest pyramid in the Giza Necropolis. Archaeologists believe that it was built as a tomb for Pharaoh Khufu, the second ruler of the 4th dynasty. The pyramid is included in the list of the Seven Wonders of the World.

Peter James, a structural engineer, believes the Great Pyramid of Giza bears an astounding number of secrets, even though most of the valued items were stolen from the structure in medieval times. The scientist, who has spent the last 14 years working on preserving ancient temples and historic buildings in Egypt and other countries, says there are many voids in the pyramid, which will lead scientists to even more discoveries.

Scientists can’t say with certainty how the humongous structure was built. It is known that 2.3 million blocks of limestone were used during the construction of the pyramid. One of the most popular theories is that the workers dragged huge blocks from a quarry located nearby and then lifted them.

Peter James has restored numerous historical buildings around the world, including the Windsor Castle, a residence of the British Royal Family, and the White House. He claims it is possible to uncover the pyramid’s secrets using a small drill, but notes that the Egyptian authorities are opposed to this…