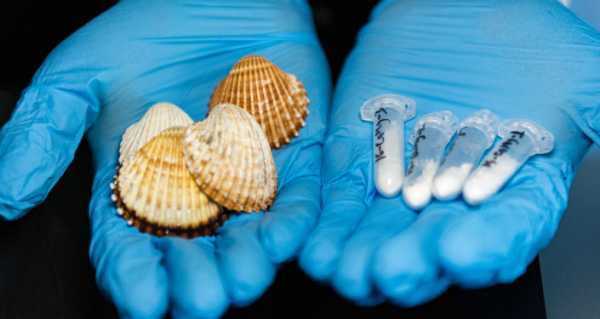 An international team of scientists, together with researchers at the National Research Technological University MISiS (NUST MISiS), has synthesized a material for reconstructive surgery from blue mussel shells (Mytilus edulis).

According to the researchers, the material is safe and has high antibacterial properties. The study results were published in the Ceramics International journal.

Implant infections remain one of the main problems facing reconstructive surgery today. This problem can be solved by creating biomaterials with antibacterial activity, Evgeny Kolesnikov, the co-author of the study, a researcher at the Department of Functional Nanosystems and High-Temperature Materials at Russia’s National University of Science and Technology (NUST/MISIS), says.

Hydroxyapatite is currently used in maxillofacial surgery, dentistry and orthopaedics to make fillers and coatings. To produce hydroxyapatite, scientists from different countries use eggshells, coral, fish bones and other raw materials. However, its mass production is still a difficult task due to the complex process of synthesis.

According to researchers, they have obtained hydroxyapatite particles that can be used in implantation. To prevent possible infections of the implant, these particles are laced with magnesium ions.

The scientists tested the obtained material’s toxicity in zebrafish embryos, where it has proved to be non-toxic in nature. According to researchers, this allows using the new material to be used in medicine to manufacture implants.