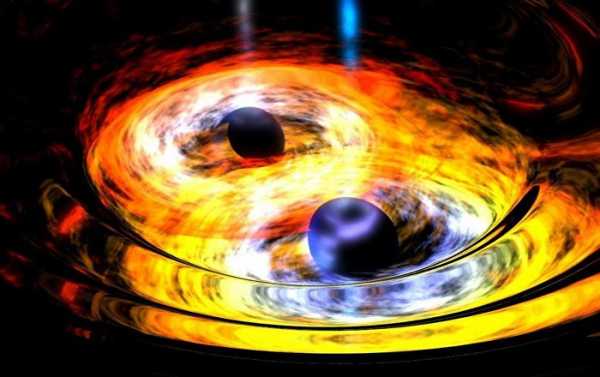 The discovery itself is a sensation since black holes are regions of spacetime where levels of gravity are so strong that nothing – not even light – can escape them, which means that even when two black holes collide they should not emit any light waves.

A team of scientists from US universities says they witnessed a spectacular flare of light, which they claim was produced by the collision of two black holes. The findings of the study were published on 25 June in the journal Physical Review Letters. When two black holes collide, they send out gravitational waves. These waves were detected by the National Science Foundation’s Laser Interferometer Gravitational-wave Observatory (LIGO) on 21 May 2019.

Days later, researchers working at the Zwicky Transient Facility, which is designed to identify objects that rapidly change in brightness, like supernovae, spotted an intense flare. Scientists compared the two events and found out that they came from the same region of the sky.

If nothing can escape the gravity of black holes, how did they emit this intense flare of light? Scientists assume that the collision itself has nothing to do with the blast of light. They claim that when the two black holes hit each other, they formed a new, larger black hole that experienced a kick, which sent it in a random direction. It then went through a quasar, an extremely luminous active galactic nucleus containing a supermassive black hole that feeds off the gaseous accretion disc. Scientists say the interaction of the new black hole with gas in the accretion disc caused the spectacular flare.

Scientists stress that while they concluded that the detected flare of light is likely to be the result of a collision of two black holes, they do not rule out other possibilities. Researchers say that if their hypothesis is right, the newly formed black hole would be the largest, with a mass of around 150 masses of the Sun. Scientists predict that in about 1.6 years it may plunge back into the accretion disc and create a second flare of light. Researchers note that further study will allow scientists to learn more about the origin of black holes.