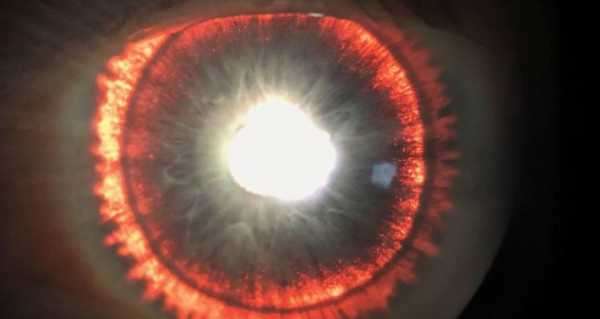 Researchers also spotted two seafloor structures, which they named after locations mentioned in Tolkien’s fantasy series. The first one – Barad-dûr (Dark Fortress) – is a sea mountain covered “in numerous volcanic cones”, while the second one – Ered Lithui (Ash Mountains) – is a big flat-topped seamount.

An international group of scientists has discovered an undersea volcano in Australia, which they say looks like the all-seeing Eye of the Sauron in J.R.R. Tolkien’s famous saga The Lord of the Rings. According to a study by the researchers, they used a multibeam sonar to spot the volcano, which is 3.9 miles long and 3 miles wide.

In fact, their discovery is not a volcano, but a caldera, a cauldron-like hollow structure that forms shortly after “magma at the base of the volcano shifts upwards, leaving empty chambers”. The caldera is surrounded by a 300-metre tall rim, which look like the eyelids of the infamous Eye of the Sauron.

The scientists say their findings left them baffled. According to their study, the undersea volcano as well as the two other structures are part of the Karma cluster of seamounts, which geologists estimate to be more than 100 million years old. However, the researchers say the Eye of the Sauron “looks surprisingly fresh” for its age.

They stress that they expect to make more surprising discoveries as they embark on a mission to map the ocean floor and survey marine life in the area.