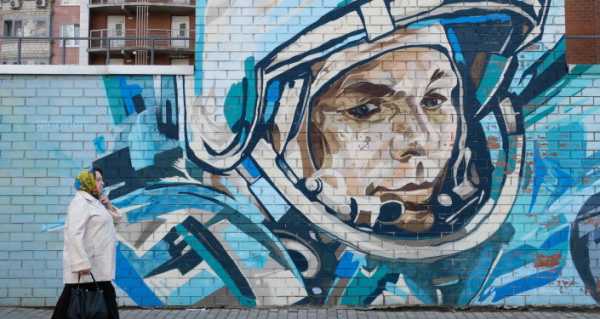 On April 12, 1961, Soviet cosmonaut Yuri Gagarin pronounced his famous “Poyekhali!” (Let’s Go!) as the Vostok spacecraft lifted off the ground, taking the first person ever to space. April 12 is celebrated every year in Russia as Cosmonautics Day, and as International Day of Human Space Flight in the rest of the world.

The US State Department made no mention at all of Soviet cosmonaut Yuri Gagarin, the first man in space, in its Facebook statement released on the occasion of International Day of Human Space Flight on Monday and posted pictures of US astronauts instead.

“Regrettably, the US State Department has again demonstrated memory loss regarding the history of space exploration. We wish to remind that the UN General Assembly declared April 12 the International Day of Human Space Flight in memory of the Soviet cosmonaut Yuri Gagarin,” the embassy said.

It reminded that just days ago, on April 9, NASA astronaut Mark Vande Hei went to the International Space Station (ISS) on the Russian Soyuz spacecraft named after Yuri Gagarin.

“Our forgetful colleagues can find the bust of the space pioneer at the National Air and Space Museum in Washington, DC, Sculptures of Yuri Gagarin also were erected in Cleveland, Colorado Springs, New York City, Houston and Chicago. Thousands of Americans, including astronauts and NASA personnel, visit these sites every year to honor the memory of the Soviet cosmonaut,” the embassy said.

The UN General Assembly declared April 12, the day of Gagarin’s space flight, as the International Day of Human Space Flight in 2011.