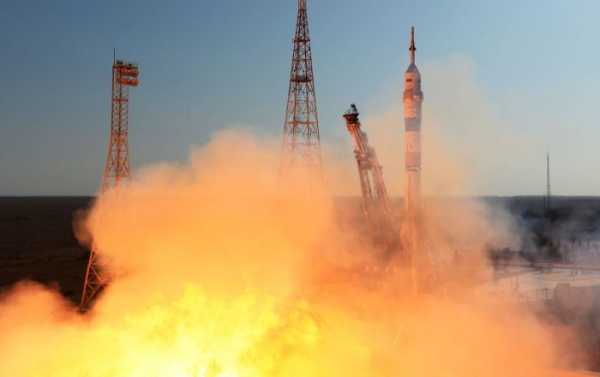 MOSCOW (Sputnik) – Russia launched on Saturday a Soyuz-2.1b carrier rocket with 34 UK satellites for the OneWeb project from the Baikonur spaceport, the live broadcast of the launch on the Roscosmos website showed.

The Fregat booster with 34 satellites separated from the rocket minutes after the launch, according to the broadcast.

​Roscosmos signed contracts with French company Arianespace and UK’s OneWeb in June 2015 for carrying out a total of 21 commercial launches to bring 672 satellites to space atop the Soyuz rockets from Kourou, Baikonur and Vostochny spaceports.

OneWeb plans to create a constellation of satellites that will provide broadband internet access to users around the world fully covering the Earth’s surface.