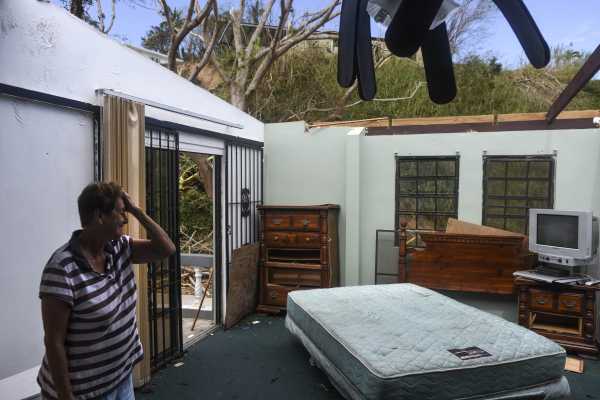 More than 4,600 Puerto Ricans may have died in the aftermath of Hurricane Maria in large part due to delayed medical care, according to a new survey of people on the island collected and analyzed by researchers at Harvard and other institutions.

The study, published Tuesday in the New England Journal of Medicine, found that Hurricane Maria may be the deadliest natural disaster to hit US soil in 100 years, with a mortality rate twice as high as Hurricane Katrina in New Orleans in 2005. The only other US disaster on record with a higher death toll is the Galveston, Texas, hurricane of 1900, when somewhere between 6,000 and 12,000 people died.

The new estimate of 4,600 “excess deaths” occurring between September 20, the day Hurricane Maria made landfall on Puerto Rico, and December 31 stands in stark contrast to the government’s official count of 64, a gross underestimate that has remained unchanged for months. The new research validates previous analyses of mortality data and reports from the ground by journalists and other researchers that found that the death toll was well over 1,000.

To come up with the new estimate, researchers surveyed some 3,300 randomly chosen households across Puerto Rico in January and February, asking them about deaths in the family between September 20 and December 31 and factors that may have contributed to each death. They also asked about damage to their homes, and whether they were displaced and had access to food, water, health care, electricity, and cellphones. (On average, households went 84 days without electricity, 68 days without water, and 41 days without cellphone coverage after the Category 4 storm hit.)

The researchers then compared the results with Puerto Rico’s official death statistics from the same time period in 2016. They found a 62 percent increase in the mortality rate in 2017, which added up to an estimated 4,645 deaths linked to the storm (with a range of 793 and 8,498 deaths).

About one-third of those deaths were related to delayed or interrupted health care, they said. And, they wrote, this estimate “is likely to be conservative since subsequent adjustments for survivor bias and household-size distributions increase this estimate to more than 5,000.”

“Under the level of devastation experienced following Hurricane Maria it is very difficult to separate deaths from the environmental or contextual conditions, one may even say that Hurricane Maria impacted all of the deaths that occurred during that period,” said Alexis Santos, a Puerto Rican demographer at Penn State who was not involved with the study and has conducted his own analysis of mortality following the hurricane. “That is why approaching it through the perspective of excess deaths provides a figure that excludes the deaths that would have happened under normal conditions.”

While a survey like this has limitations — there’s always some inherent bias in who volunteers to participate in a survey versus who doesn’t, as well as possible bias in people’s memories of events — it’s certainly the most exhaustive attempt so far to quantify Hurricane Maria’s death toll.

“These numbers will serve as an important independent comparison to official statistics from death-registry data, which are currently being reevaluated and underscore the inattention of the U.S. government to the frail infrastructure of Puerto Rico,” the authors wrote.

The government of Puerto Rico stopped sharing mortality data with the public in December 2017, so the study was conducted without its help. According to the New York Times, the government also refused to provide researchers with recent mortality data.

This lack of transparency from the local government is unsurprising, as it has been a key factor in the inaccuracies surrounding the hurricane’s deadly impact. In December, the governor of Puerto Rico ordered a recount of deaths, which is being carried out by public health researchers at George Washington University and is still underway. (The GWU researchers declined Vox’s request to comment on the NEJM paper.)

Gov. Ricardo Rosselló’s office responded to the NEJM study with this statement: “As the world knows, the magnitude of this tragic disaster caused by Hurricane Maria resulted in many fatalities. We have always expected the number to be higher than what was previously reported. That is why we commissioned The George Washington University (GWU) to carry out a thorough study on the number of fatalities caused by Hurricane Maria which will be released soon. Both studies will help us better prepare for future natural disasters and prevent lives from being lost.”

Vox and other media outlets have challenged the official death count

When President Donald Trump visited Puerto Rico on October 3, nearly two weeks after the storm hit, the official death count was just 16, prompting Trump to insist that Puerto Rico wasn’t a “real catastrophe” like Hurricane Katrina. “Everybody watching can really be very proud of what’s taken place in Puerto Rico,” he said.

Since then, multiple media outlets, including Vox and the New York Times, have found evidence of hurricane deaths that were not included in the official death count. These investigations prompted members of Congress to request an audit of the hurricane deaths, and led social science researchers to take a closer look at the data.

In December, social science researchers published an analysis of mortality data from the Puerto Rico Vital Statistics System to compare the historical death averages for September and October to deaths this year. They found that the number of people who died from the storm is closer to 1,085. A New York Times analysis of similar data found that the death toll could be at least 1,052.

The latest study shows that even these estimates were very low. And it makes sense, because these studies relied on mortality data provided by the Puerto Rican government, which was unreliable in the months following the storm.

The government’s official recount of the death toll (with GWU’s help) is still in the works, so the people of Puerto Rico are still a long way from closure from Hurricane Maria. Meanwhile, they are readying for the 2018 hurricane season set to begin on June 1, even as thousands on the island are still without power.