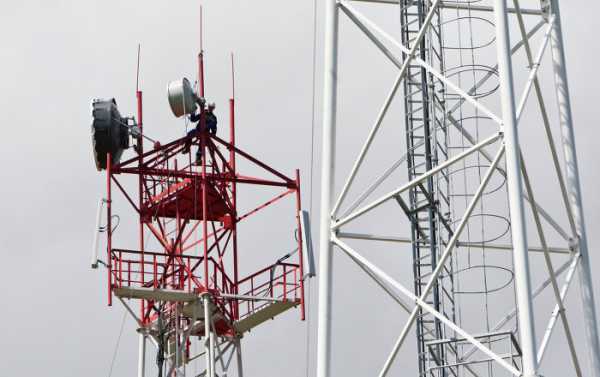 A leaked memo attributed to White House security officials proposing to nationalize the upcoming 5G wireless network has sparked a massive wave of criticism from companies, US senators and voices outside the US.

The memo was leaked on January 29 and initially reported by Axios. According to the website, the PowerPoint presentation outlines a suggested federal takeover over the 5G wireless network that is to replace the existing 4G LTE network.

According to the memo, such a move is required to protect America against China and “other bad actors,” Axios reported. There are both “cyber” and “economic” threats from China, the memo says, as China has dominated the market of chips and antennas required to build such a system.

The memo says 5G is expected to provide reliable, ultrafast wireless connectivity to a growing industry of high-tech inventions such as self-driving cars. It even mentions “true AI-enhanced networked combat,” although what exactly that has to do with a mobile network is unclear.

News websites have already compared such a takeover to Eisenhower’s Federal Highway system, the largest federal involvement in infrastructure in the history of the United States. Considering that historically, wireless networks have always been privately constructed and controlled, such a takeover is nothing short of revolutionary, especially for the Trump administration, which ostensibly seeks to decrease the amount of governmental control in American society.

However, the initiative has already caused a massive backlash, with both Democrats and Republicans criticizing the idea.

“Any federal effort to construct a nationalized 5G network would be a costly and counterproductive distraction from the policies we need to help the United States win the 5G future,” said Ajit Pai, the Republican chairman of the Federal Communications Commission, the nation’s top telecom regulator. Pai’s criticism was echoed by the rest of the bipartisan commission.

“The main lesson to draw from the wireless sector’s development over the past three decades — including American leadership in 4G — is that the market, not government, is best positioned to drive innovation and investment,” Pai said, according to the Hill.

Of course, the companies themselves opposed the initiative vehemently, too.

“We have spent decades and hundreds of billions of dollars building those networks,” said a senior industry official quoted by Washington Post. “Now the [US government] is going to build one from scratch? It just doesn’t make sense.”

“We can’t comment on something we haven’t seen,” AT&T said in a statement. “But, thanks to multi-billion dollar investments made by American companies, the work to launch 5G service in the United States is already well down the road.”

According to Axios’ fact-checking section, “The US wireless industry is already working on deploying 5G networks, with AT&T, Verizon and T-Mobile, for example, investing heavily in this area. The process for setting 5G standards is well underway.”

The idea that 5G networks are already in development while the government looks to create one over a three-year period was one of the points of criticism.

Rather unexpectedly, China itself has already reacted to the allegations contained in the memo, and on the highest level.

“Any form of cyberattacks is forbidden in China and the Chinese authorities are tackling all forms of hacking. As we can see, the militarization of the internet threatens international security. We think that all members of the international community should respect each other, strengthen cooperation and dialogue to mutually fight against cyber threats,” a representative of China’s Foreign Ministry said in a statement.

There is a certain truth to the ideas contained in the memo, though, say cybersecurity experts.

“Our companies went out of business — Nortel and Lucent,” said James Lewis, senior vice president at the Center for Strategic and International Studies. “And we didn’t replace them, so we basically gave up a strategic industry. And the Chinese competitors are subsidized.”

But, according to the Washington Post, even Lewis says the NSC memo underestimates the complexity of the task and the risk involved.

The White House itself has not disclosed any details regarding the initiative. According to White House spokeswoman Sarah Huckabee Sanders, the idea is still in the “earliest stages of the conversation.” However, she did not rule out nationalization of the network.