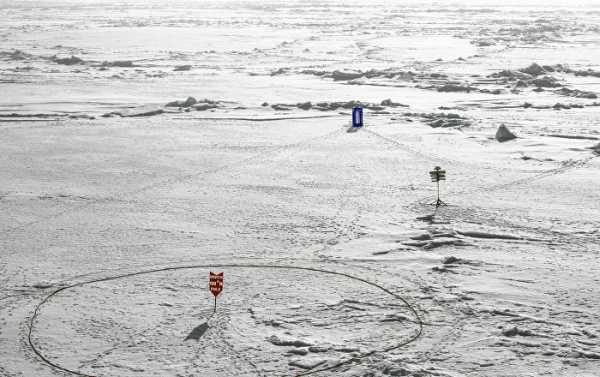 For years, researchers have been puzzled by a mysterious phenomenon occurring above the North and South Poles, as something interferes with devices using radio or satellite connections. Scientists suggest that the answer to this has to do with the polar cusps – funnel-like entrances for solar winds.

The National Aeronautics and Space Administration is set to carry out three missions to investigate the so-called northern polar cusp, which may possibly give a clue towards explaining the strange phenomenon making gadgets act up there.

This is not the only mystery of the funnels at the North and South Poles, through which winds from the Sun enter our planet’s atmosphere – other regions are shielded by our planet’s magnetic field. The northern polar cusp also has a patch of dense atmosphere. This, according to Mark Conde, the principal investigator on one of these missions – Cusp Region Experiment-2 (CREX-2), is associated with a pressure change that would “cause a continuous hurricane stronger than anything seen in meteorological records” if it occurred at ground level. This blob could be hampering the work of special spacecraft and satellites, impacting GPS and other signals because of the severe turbulence.

As Science Alert reports, it is hoped that these missions will provide a better look at these enigmatic irregularities, which can result in disruptions of communication systems, and to predict its behaviour in the future.

The third mission is called the Cusp Heating Investigation (CHI) and, according to the scientific outlets, it is set to look into the flow of plasmas and gases in the funnel to find out how they grow and influence each other.

Apart from these three missions, there are six more ventures tasked with finding out more about the northern polar cusp – some of these have already been carried out.