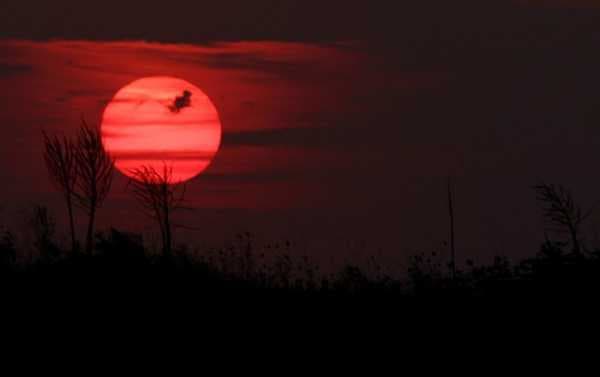 MOSCOW (Sputnik) – The US space agency NASA will fire off a solar probe on Saturday in an ambitious bid to touch the Sun’s millions-of-degrees-hot atmosphere.

The Parker Solar Probe will lift off atop a Delta IV Heavy rocket at 3:53 a.m. ET (7:53GMT) from Cape Canaveral air force station in Florida, the United States.

The satellite will zoom through space past Venus at a speed of up to 430,000 miles per hour, possibly setting the record for the fastest spacecraft in history.

During its 7-year mission, the probe will complete 24 orbits of the Sun, coming within 3.8 million miles of its surface, and dip into the corona, the plasmic aura that is even hotter than the surface.

“Parker Solar Probe makes its first close approach to the Sun just 3 months after launch, in November, and we’ll get our first batch of science data in December,” NASA tweeted.

The craft will seek to unlock some of mysteries about our Sun’s behavior by sampling the corona, the birthplace of solar flares and other violent events.

It will attempt to trace how energy and heat move through the star’s atmosphere and explore what accelerates the solar wind and solar energetic particles, which pummel the Earth.

But it also holds a microchip with the names of over 1.1 million people who signed up to send them to the Sun. The probe is equipped with a carbon heat shield to prevent it from roasting.