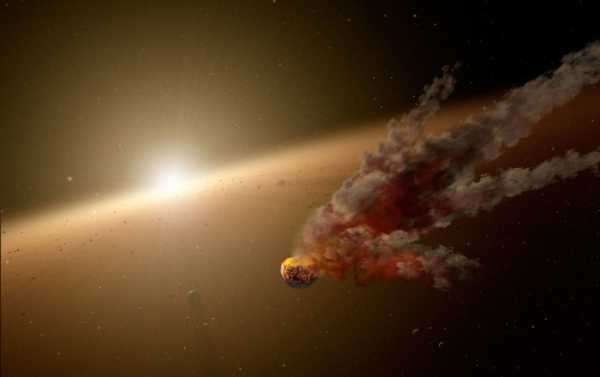 The deep-space robotic equipment dubbed “Psyche” is due to be launched on board a SpaceX Falcon Heavy rocket in late summer 2022. It will whizz past Mars and then set about measuring a nearby asteroid’s features.

NASA is preparing to finally send an overwhelmingly advanced space robot to a 140-mile wide asteroid believed to be worth more than our global economy in line with the space agency’s long-standing plans.

The project has now gone through a critical milestone, a compulsory design review, meaning that there are largely no obstacles to getting the plan rolling.

The robot, named “Psyche”, due to be sent to its destination in August 2022, will explore the metal-rich asteroid called “16 Psyche” which is a virtual storehouse of iron, nickel, and gold, with Forbes reporting recently that the metals purportedly hidden in the asteroid’s depths could be worth more than the global economy climbing to $10,000 quadrillion. The body is located in the Solar System’s main asteroid belt between Mars and Jupiter, scientists say.

As Lindy Elkins-Tanton, an investigator for the mission, put it the now finalised stage is “one of the most intense reviews a mission goes through in its entire life cycle”, boasting that “we passed it with flying colours”. “We’re not at the finish line, but we’re running strong”, the planetary scientist noted.

After its launch, involving a SpaceX Falcon Heavy rocket, the robot with especially distinguished hardware will fly past Mars in 2023 and begin orbiting the asteroid in January 2026. Once in deep space, it is due to measure the asteroid’s magnetic field, capture images, and analyse neutrons and gamma rays, which come into play at such distant corners of the Universe.