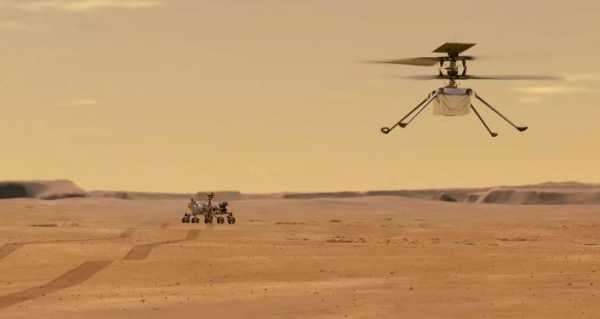 Earlier in the day, NASA confirmed the success during a live broadcast at 10:52 GMT, when data from the flight, which had been conducted roughly three hours earlier, arrived back on Earth.

Watch a live broadcast of a press conference held by the National Aeronautics and Space Administration (NASA). The agency is due to brief the media on the successful flight of the Ingenuity helicopter on Mars.

The event marks the first controlled flight from the surface of another planet as the 4-pound rotorcraft successfully hovered 10 feet above Mars’ surface for roughly 30 seconds. The agency also published the first photo, taken by the helicopter, depicting the heli’s own shadow.