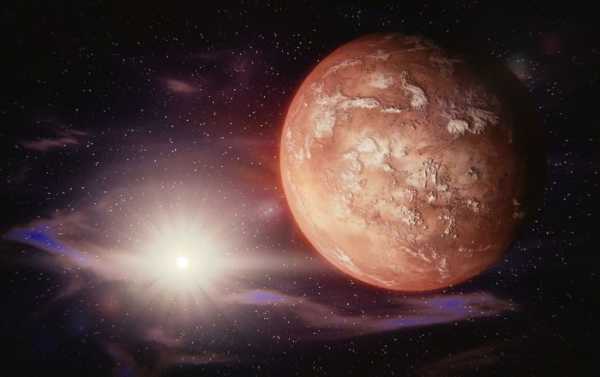 A group of international researchers analyzing Mars’ composition recently found that the lava-like flows observed on the distant planet’s surface are more than likely caused by mud, not molten rock.

Published in the journal Nature Geoscience on Monday, the study offers refreshing new insight into one of the most puzzling mysteries surrounding the red planet, where tens of thousands of downstream channels have been photographed by bypassing spacecraft throughout the years.

Researchers were able to come to their conclusions through the use of the Open University’s Mars Chamber, a refrigerator-like environmental system that allows scientists to recreate Martian surface conditions by mimicking both the planet’s temperature and its atmospheric pressure.

Although officials were not able to take into account Mars’ gravity, as the chamber system could not simulate it, experiments saw participating researchers lower the chamber pressure to replicate the red planet’s thin atmosphere and bring the temperature within the system to a bone-chilling negative 20 degrees Celsius.

Once the desired environmental settings were implemented, researchers poured mud into the chamber and found that free-flowing mud underwent a rapid freezing, ultimately forming an icy crust.

As such, leading study author Petr Brož concluded in a statement to participating Lancaster University that his team’s research supports the theory that sedimentary volcanism is likely the cause for the Martian flow lines.

It’s worth noting that when officials replicated the experiments under Earth-like conditions, the mud flows did not react in the same manner as they did in the Martian experiment. Rather than freezing, the mud flowed freely.

Fellow study author Lionel Wilson added in a statement of his own that their work “is of interest because we see many flow-like features on Mars in spacecraft images, but they have not yet been visited by any of the roving vehicles on the surface and there is some ambiguity about whether they are flows of lava or mud.”

Over the years, the US’ National Aeronautics and Space Administration has deployed a total of four rovers on Mars: the Sojourner, Spirit, Opportunity and Curiosity. A fifth robotic vehicle, the Perseverance, is expected to launch sometime between July and August 2020.