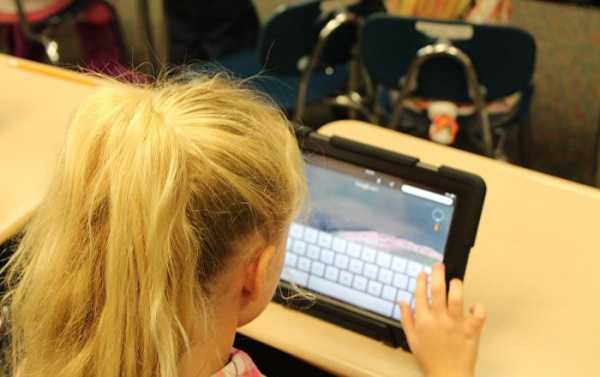 It might be time to put your phone down and take a walk outside ‒ with sunglasses ‒ instead. According to researchers from the University of Toledo, both the blue light from digital devices and ultraviolet light from the sun can transform molecules in the eye’s retina into “cell killers” that can accelerate blindness.

The study, which was published last month in the journal Scientific Reports, found that blue light triggers reactions in retinal molecules. The retina, which is located at the back of the eyeball, is composed of cells called photoreceptors that are sensitive to light and trigger nerve impulses that travel through the optic nerve to the brain, where visual images are formed.

“It’s no secret that blue light harms our vision by damaging the eye’s retina,” Ajith Karunarathne, assistant professor at the University of Toledo and one of the study’s authors, said in a recent statement, WUSA9 reported Monday.

“Our experiments explain how this happens, and we hope this leads to therapies that slow macular degeneration, such as a new kind of eye drop,” Karunarathne added.

Macular degeneration is an eye disease involving the death of photoreceptor cells in the retina. It results in vision loss and is the leading cause of blindness in the US. The average onset of the disease happens in patients between 50 and 60 years of age.

“It’s toxic. If you shine blue light on retinal [cells], the retinal kills photoreceptor cells as the signaling molecule on the membrane dissolves,” said Kasun Ratnayake, a doctoral student researcher working with Karunarathne, according to an August University of Toledo press release. “Photoreceptor cells do not regenerate in the eye. When they’re dead, they’re dead for good.”

The researchers also exposed other cells in the body, such as cancer cells, heart cells and neurons, to blue light.

“No activity is sparked with green, yellow or red light,” Karunarathne said, according to the press release. “The retinal-generated toxicity by blue light is universal. It can kill any cell type.”

The researchers also found that a molecule called alpha tocopherol, a form of Vitamin E, a natural antioxidant found in the eye and body, can prevent cells from dying, if ingested. However, as people age, the body’s weakening immune system cannot adequately fight against blue light and its effects.

“If you look at the amount of light coming out of your cell phone, it’s not great, but it seems tolerable,” Dr. John Payton, visiting assistant professor in the UT Department of Chemistry and Biochemistry, said. “Some cell phone companies are adding blue light filters to the screens, and I think that is a good idea.”

According to Karunarathne, you can protect your eyes by wearing sunglasses that filter ultraviolet and blue light outside. He also recommends not looking at your laptop, cell phone or tablet in the dark. In recent years, companies like Apple have introduced blue light filters so that users can adjust their displays to block blue light.

“Every year more than 2 million new cases of age-related macular degeneration are reported in the United States,” Karunarathne said. “By learning more about the mechanisms of blindness in search of a method to intercept toxic reactions caused by the combination of retinal and blue light, we hope to find a way to protect the vision of children growing up in a high-tech world.”

According to the National Sleep Foundation, blue light can also affect the body’s ability to produce melatonin, a hormone that regulates sleep. They recommend not using electronic devices at least 30 minutes before bed.