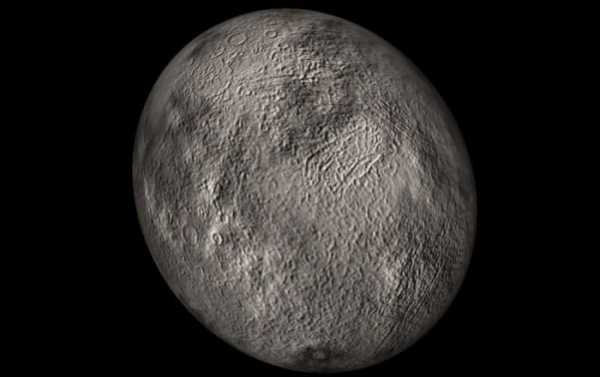 The asteroid Pallas, named after the Greek goddess of wisdom Athena, was first discovered by German astronomer Heinrich Olbers in 1802. The celestial body travels in an unusually tilted and elongated orbit.

The Solar System’s biggest asteroid is covered with craters, said an international team of scientists, who published their study in the journal Nature Astronomy on 10 February. Researchers used the Very Large Telescope in the European Southern Observatory in Chile to capture several images in order to study the surface and shape of the asteroid. After analysing data they found that the celestial body, which is the third biggest known asteroid, is literally strewn with craters ranging from 18 to 75 miles (30 to 120 km).

“Its surface might resemble a golf ball”, Miroslav Broz, an astronomer at Charles University in the Czech Republic and co-author of the study told Space.com.

Scientists discovered two giant craters on Pallas’ south pole and equator, which led them to believe that the celestial body may have experienced a collision with another asteroid that travelled at break-neck speeds of 25,725 miles per hour (or 41,400 kilometres per hour). According to researchers, the crater that appeared on the equator could have formed the family of several hundred small asteroids, which are surrounding the asteroid.

Scientists say that Pallas has twice as many craters than the largest ever known asteroid Ceres and three times as many as the second largest asteroid Vesta.