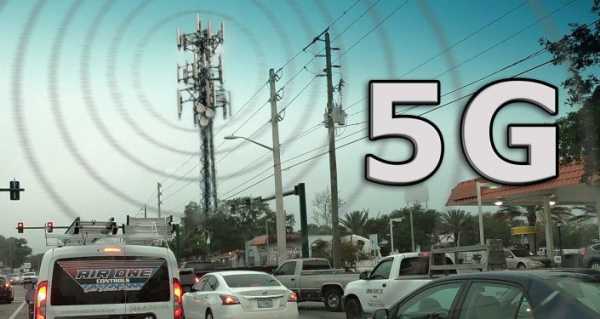 Fifth-generation wireless networks promise to herald a new era by making our communication faster than ever before. However, many users are now raising concerns over the effects these technologies could have on our health and some other routine operations.

5G networks could cause inaccuracies in weather forecasts in the future, a new study from Rutgers University scientists revealed.

The research, that was peer-reviewed and submitted to the 2020 IEEE 5G World Forum this month, was set to study the impact of “5G leakage” –  a phenomenon when radiation from a transmitter is accidentally emitted into neighbouring frequency channels or bands.

With 5G frequencies potentially bleeding out into weather-sensor bands on observation satellites, which measure the amount of water vapour in the atmosphere, this could hinder the accuracy of data collected by meteorologists to make predictions, the study suggests.

The team used a first-order propagation model to measure how this affects the accuracy of weather predictions in relation to a famous “2008 Super Tuesday Tornado Outbreak” which took the life of more than 50 people in the southern US.

According to the study’s leading author, Professor Narayan B. Mandayam, the importance of these findings depends on your opinion of 5G technologies. “It can be argued that the magnitude of error found in our study is insignificant or significant, depending on whether you represent the 5G community or the meteorological community, respectively,” the scientist said.

Next-generation tech is believed to “revolutionise” our telecommunications and internet with faster connection times, lower latency and an ability to connect a large number of devices to wireless networks at the same time, as was discussed during the forum.

However, 5G rollout earlier prompted fears about potential health risks associated with the technology because of radiation being emitted. These concerns prompted nearly 200 scientists from 36 countries to sign an open letter last year, calling on the European Union to halt the rollout until further studies of its impact on human health are available.

Some conspiracy theorists also suggested this year that COVID-19 pandemic should be blamed on 5G equipment quickly spreading around the world.