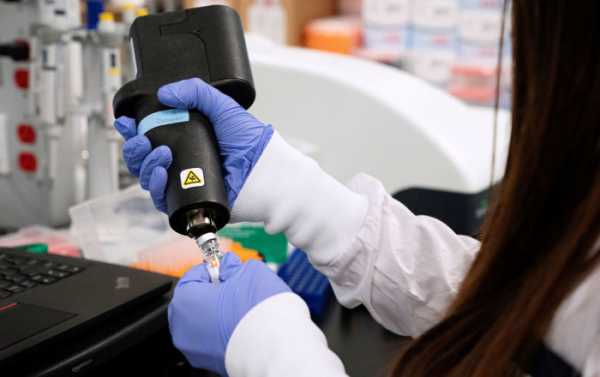 A team of Israeli scientists say they are just days away from finishing the production of the active component of a COVID-19 vaccine that could be tested on humans as soon as June 1.

“We are in the final stages and within a few days we will hold the proteins – the active component of the vaccine,” Dr. Chen Katz, leader of the biotechnology group at the Galilee Research Institute (MIGAL), told Reuters.

After examining the sequenced DNA of COVID-19, MIGAL researchers discovered that IBV is very genetically similar to COVID-19 and uses the same infection method. Given the fact that Israeli scientists have been working on an IBV vaccine, they could be able to develop a human vaccine for COVID-19 very quickly, Katz explained at the time. Israeli Science and Technology Minister Ofer Akunis also said in February that he had ordered the fast-track approval of the vaccine to bring it to market as soon as possible.

Endocytosis is a cellular process in which substances are absorbed into the cell. The material is internalized inside the cell to generate a vesicle of the ingested material.

However, Katz said, the vaccine production was slightly delayed because it took longer than expected to receive a genetic construct required for the vaccine from China due to closed airways.

The phase I human trials would be carried out on “young, healthy individuals” and then would then be extended to the general population, he said.

The Israel Institute for Biological Research (IIBR) also revealed on Tuesday that it had started testing a COVID-19 vaccine on rodents at its biochemical defense laboratory. Israeli Prime Minister Benjamin Netanyahu commissioned the IIBR, which is located in the central Israeli city of Ness Ziona, to help fight against the coronavirus pandemic on February 1, according to Reuters.