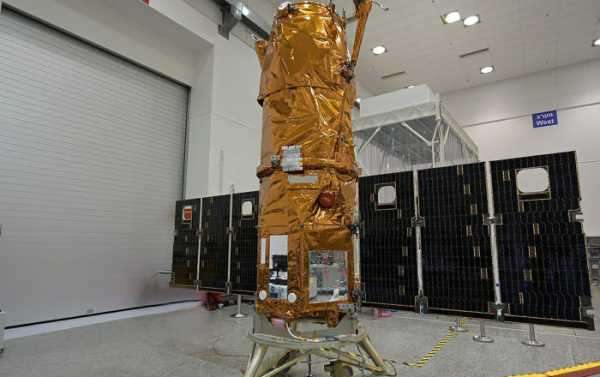 At least two more Israeli reconnaissance satellites are currently operational – the Ofek 5, launched in 2002, and the Ofek 11, which has been zooming in on possible targets since 2016.

Israel’s Defence Ministry announced the successful launch of a new spy satellite from the Palmachim air base early on Monday.

The “Ofek 16’’ joins a fleet of similar satellites manufactured by the country over the past 20 years.

The satellite was developed by the ministry along with state-owned Israel Aerospace Industries, with their new brainchild described as an “electro-optical reconnaissance satellite with advanced capabilities.’’

Shlomi Sudri, the general manager of IAI’s space division, said the Ofek was in orbit and sending “healthy signals” to a ground station, adding it is getting ready to transmit its first photos from space.

Defence Minister Benny Gantz referred to the event as an “extraordinary achievement,” arguing that “technological superiority and intelligence capabilities” are pillars of the country’s security.

Kochavi depicted the Islamic Republic as the state located “in the third circle” in terms of proximity to Israel, but possessing the potential to effectively influence “the first and the second circles” referring to Iran’s alleged cooperation with a range of militias stretching from Lebanon and Syria to Yemen.

Kochavi took a special aim at Iran for allegedly funding “terrorist” organisations like Hezbollah in Lebanon, and Hamas and Islamic Jihad. Although Israel, the US and its allies categorise groups like Hezbollah and Hamas as terrorist entities, some other countries do not.

Prime Minister Benjamin Netanyahu has also accused Iran of lying to the world “in order to attain nuclear weapons.”

Tehran has denied the claims, urging the international community not to listen to a report based on Mossad claims. The Iranian authorities claim that Israel’s military actions in Syria, Lebanon, the Palestinian territories and Iraq are illegal and these, coupled with its actual possession of nuclear arms make the country the greatest threat to regional security.