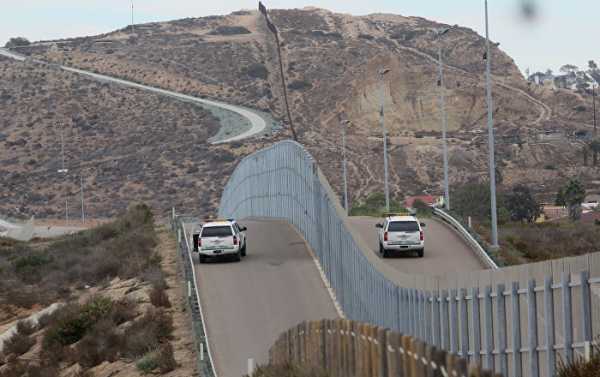 US President Donald Trump has repeatedly pledged to build an American-made and Mexican-paid wall along the southern border, but has not laid a single brick yet… In the era of modern technologies his idea could easily be sabotaged.

A team of developers has reportedly created a mobile app, which is supposed to help migrants avoid immigration authorities on the US-Mexico border, including the highly anticipated (by President Trump) wall. Dubbed “Bienvenidos,” it’s called “the word’s first community-based navigation app for migration.” According to Motherboard, a multi-platform multimedia publication, the project offers undocumented migrants a “streamlined means of navigating the perils of border crossing,” allowing it to remain undetected.

“Yes, Bienvenidos is real and currently in development,” an individual speaking on behalf of the project told Motherboard. “Whether it’s Dreamers or DACA recipients being deported by force, or people attempting to enter the United States for the first time, Bienvenidos attempts to make border crossing simpler, safer, and faster, improving the quality of everyone’s journey,” said the source, asking to remain anonymous “given the highly sensitive subject matter that our app engages in.”

The Bienvenidos team claims that users will additionally receive live notifications on the location of US Border Patrol agents, which will offer them optimal routes for traversing the borderlands. It will enable migrants to “outsmart any border wall,” show “vulnerabilities and weak spots” in fencing and “share tunneling locations and conditions.”

The company plans to expand its service to France, the UK, Greece, Germany, Spain and the Netherlands.

US President Donald Trump remains committed to building a wall on the border with Mexico, arguing that the latter should pay for it “directly or indirectly.”

“The Wall is the Wall, it has never changed or evolved from the first day I conceived of it. Parts will be, of necessity, see through and it was never intended to be built in areas where there is natural protection such as mountains, wastelands or tough rivers or water. The Wall will be paid for, directly or indirectly, or through longer term reimbursement, by Mexico, which has a ridiculous $71 billion dollar trade surplus with the U.S. The $20 billion dollar Wall is “peanuts” compared to what Mexico makes from the U.S. NAFTA is a bad joke!” Trump tweeted.