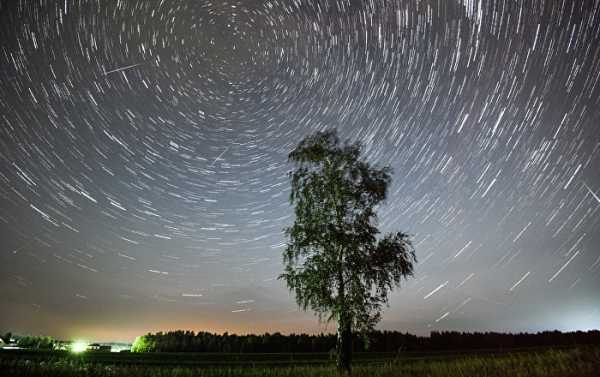 Astro Live Experiences (ALE), a Japanese company founded in September 2011, is hoping to become the first company to produce artificial meteor showers in an effort to offer earthlings the jaw-dropping experience on demand.

In order to make the venture a reality, ALE’s first satellite booked a ride to space aboard a Japanese Epsilon rocket on Friday from the Uchinoura Space Center last week, along with six other satellites.

According to Live Science, all satellites transported by the Epsilon rocket were released at roughly 310 miles above Earth, and ALE’s satellite is expected to gradually descend to the 248 mile marker. Once situated at the correct altitude, ALE will then be able to begin deploying its color pellets for the show.

AFP reported that ALE’s satellite carries 400 pellets, an amount expected to be enough for 20 to 30 shows. While the exact chemical makeup of the pellets are kept under lock and key, ALE has shared that pellets will appear green, blue and purple as a result of various compounds burning upon entering the atmosphere.

“Compared to natural ones, our meteors are more massive and travel through the atmosphere more slowly, which allows them to be observed for a longer time,” ALE’s Hiroki Kajihara told WIRED.

According to reports, ALE’s pellets will completely disintegrate within an estimated 10 seconds, and while they remain some 37 miles above Earth’s surface.

Although an exact price hasn’t been set by the company, it has indicated that costs would be much less than the amount shelled out by cities, companies and amusement parks for massive firework displays during holidays. By these standards, event costs could run between a couple thousand to millions of dollars.

While the venture is generating excitement, there are concerns bubbling up from space enthusiasts. Stephen Hobbs, who works on space systems at Cranfield University, told Wired that issues could arise from the timing of pellet releases and, of course, the weather. Other experts suggested that issues could result from unlisted reconnaissance satellites orbiting the Earth.

“I salute them for cleverness and for their technical expertise, but from an orbital debris standpoint, it’s not a great idea,” Patrick Seitzer, and astronomer with the University of Michigan told BuzzFeed News in 2018.

“I’m concerned space will be getting crowded in low-earth orbit in the next 10 years.”

In response to concerns, ALE told BuzzFeed at the time that it would call off any pellet deployment if there was any risk of them colliding with another satellite.

Though ALE had initially scheduled its first show to light up Hiroshima skies sometime in mid-2019, the company has recently announced that the festivities will take place in the spring of 2020, AFP reported.