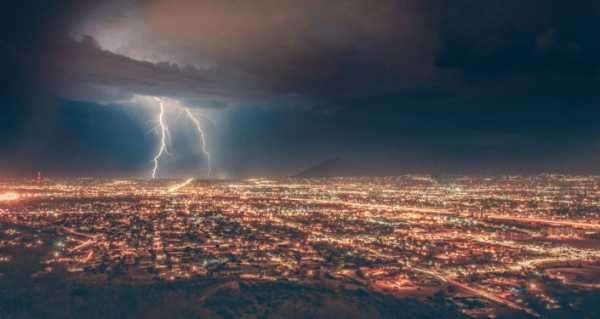 The special type of lightning is hard to spot from the ground because it sprouts towards the heavens from above thunderclouds.

A peculiar atmospheric phenomenon which involves lightning stabbing upwards rather than downwards has was observed by scientists aboard the International Space Station (ISS), Live Science reports.

As the media outlet points out, this type of lightning is difficult to spot from the ground because it’s discharged from above thunderclouds.

The rare lightning, known as “blue jet,” was detected by the ISS on 26 February 2019 as it shot out of a thunderstorm near the Pacific island of Nauru.

The phenomenon was studied through the European Space Agency’s (ESA) Atmosphere-Space Interactions Monitor (ASIM), which the media outlet describes as “a collection of optical cameras, photometers, X-ray detectors, and gamma-ray detector” attached to the ISS.

A statement by the space agency also mentions that investigators suspect such phenomena “could even influence the concentration of greenhouse gasses in Earth’s atmosphere, underscoring once more how important it is to find out exactly what’s going on above our heads.”