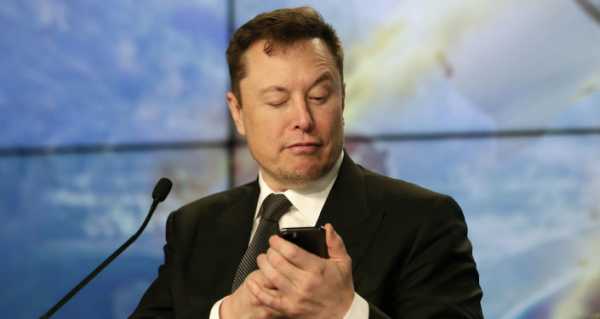 Musk’s brainchild is now working on a next-generation rocket, Starship, that will dramatically reduce the cost of space launches. Earlier this year, SpaceX announced that it plans an uncrewed mission to the Moon in 2022, which will be shortly followed by manned flights. The first mission to the Red Planet is scheduled for 2024.

It is uncertain whether there is life on Mars, but what is certain is that the Red Planet will have internet as Elon Musk’s SpaceX unveiled plans to give Mars’ colonisers access to the world wide web. In an interview with Time magazine SpaceX’s President and Chief Operating Officer Gwynne Shotwell revealed that the company’s Starlink project, which will provide high speed internet service across the world, will also be used on the Red Planet.

The SpaceX president noted that the satellites used in the project will not only give colonisers an internet connection, but will act as a communication channel between Earth and the Red Planet. Shotwell emphasised that SpaceX’s attempts to send people to the Moon and Mars doesn’t mean the company is not interested in improving life on Earth.

Speaking with Time magazine Shotwell remembered how Elon Musk’s ideas about building space transportation that would allow humans to move to other planets sounded crazy when she first spoke with him in 2002. “Now almost 20 years later, it doesn’t actually sound that insane. Well, at least not to the insiders”.

Starlink and Colonisation of Space

SpaceX’s Starlink project is designed to provide high-speed broadband internet across the world. The company has already launched almost one thousand satellites to low Earth orbit and plans to build a constellation of them that will blanket the Earth. The company hopes to finish the project by 2027, and to have launched 42,000 satellites by then.
However, despite the seeming benefits, the project has drawn harsh criticism from both astronomers and activists, who claim that Starlink poses a risk to human health as well as to the Earth itself.

SpaceX plans to send missions to the Moon and Mars in the near future. The company previously announced that it would conduct manned flights to Earth’s satellite in 2022 and recently Elon Musk said there is a chance that Spacex’s new-generation rocket Starship will head to the Red Planet in 2024.

The tech maverick, however, has curbed his enthusiasm about colonising Mars. Earlier this year, the 49-year-old said he would probably die before SpaceX launches a manned mission to the Red Planet and urged to improve the rate of innovation.

Last month, Musk shared his thoughts on establishing a permanent presence on Mars noting that constructing a self-sustaining city will be difficult.