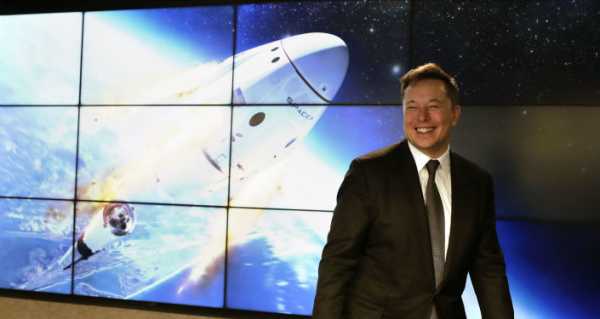 While Mr Musk may have grand ambitions for Mars, his hopes were undermined last year by a scientific study in Nature Astronomy, which said that changing the planet’s surface “is not possible using present-day technology.”

SpeaceX CEO Elon Musk has said that the first human colony to be put on Mars will be constructed using “glass domes.”

Mr Musk, who this week climbed to the rank of world’s third richest person, has publicly and regularly spoken about his ambition to help put the human race on a journey toward becoming a “multi-planetary species.”

According to Musk, settlers to Mars will reside within glass habitats before humans are able to harness the environment on the Red Planet to make it more hospitable to human life. Putting his raw ambition on display, Mr Musk also said that he hoped to have one million people on Mars by the year 2050.

Musk calls for humans to carry out a process that called terraforming in order to make Mars habitable. Terraforming is the deliberate process of modifying the atmosphere, temperature or surface of a planet in order to make it similar to environmental conditions on Earth.

The tech maverick has previously said that humans can fire nuclear weapons at Mars’ poles in order to bring about a melting of ice caps that would then accelerate warming of the planet, making it more friendly to human life.

Speaking of the process, Musk tweeted, “life in glass domes at first. Eventually, terraformed to support life, like Earth.”

“Terraforming will be too slow to be relevant in our lifetime. However, we can establish a human base their in our lifetime. At least a future spacefaring civilization – discovering our ruins – will be impressed humans got that far,” he added.

The slow process, according to Musk, would involve placing a giant mirror in orbit around Mars that would then reflect sunlight onto the red planet’s surface, gradually warming it.