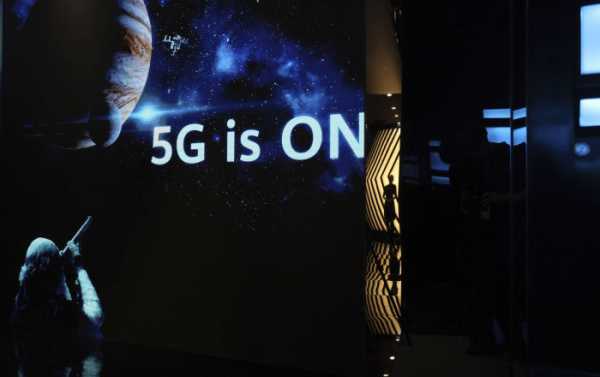 The Chinese Embassy in France has issued a warning as the European country is currently on the fence about officially allowing Huawei in its 5G rollout, while some domestic telecoms have already made their choice.

China’s diplomatic mission in Paris urged the French government on Sunday not to discriminate against Huawei as it picks providers for its cutting-edge 5G mobile network, thereby addressing circulated media reports that the company could face restrictions in several cities.

The embassy noted in a statement on its website that it was “shocked and worried” by such reports, recalling that French President Emmanuel Macron and other officials had given assurances more than once that all companies would be treated fairly.

It also suggested that if any constraints are to be applied, the government should come up with clear-cut criteria for companies to meet:

The embassy also pointed out that China for its part had used foreign companies such as Finland’s Nokia and Sweden’s Ericsson to supply its own domestic networks, warning that discrimination would backfire:

Neither Huawei, nor the French economy ministry has yet commented on the matter, Reuters reported.

Europe at the Crossroads

France is currently looking into which suppliers will build up its next-gen telecom network.

French cybersecurity agency ANSSI, which is understood to be scrutinising equipment from various suppliers, will reportedly issue its preliminary findings later this month. While there is still no clarity on Huawei, some French telecom operators have already picked 5G equipment suppliers: France’s Orange, for instance, opted for Nokia and Ericsson.

Washington has been pushing hard of late to dissuade its European allies from doing business with Huawei, claiming the company retains some “back doors” in its equipment that may be used by Beijing for spying – something both Huawei and Chinese authorities have been flatly denying.

The controversy took centre stage in May of last year when the US blacklisted Huawei, banning its companies from doing business with the Chinese giant.

In Germany, Chancellor Angela Merkel maintained that no company should be excluded from Germany’s 5G network. Foreign Minister Heiko Maas insisted that Berlin could “never be blackmailed” by the US, which previously threatened to diminish intelligence sharing between Berlin and Washington if Huawei continued to be allowed in the country.

Last month, Britain allowed Huawei a limited (up to 35 percent) participation in the country’s domestic 5G projects, with Boris Johnson stressing the need to march with the times in terms of high tech.

In response, a number of US House Republicans led by Michael McCaul (R-Texas), the top GOP member on the House Foreign Affairs Committee, inked a joint a resolution ripping to pieces the British government’s decision, stressing that it could harm the historically “special relationship” between the US and UK and their intelligence services in particular.

Separately, a number of US officials have hinted future trade talks could be affected by Britain’s decision last month, but British Foreign Secretary Dominic Raab insisted a free trade agreement is on its way. “We listened and take the concerns of our American friends very seriously,” Dominic Raab told Reuters in response to a respective question.

“We are reasonably confident that we can do a free trade agreement (with America) in that first wave of post-Brexit trade deals,” Raab noted, during a visit to Singapore, blaming the Huawei deadlock on a “market failure:”