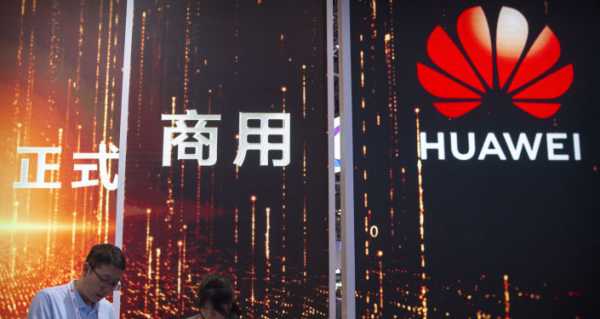 The Fourth Digital China Summit in Fuzhou scheduled for 25-26 April will promote global cooperation in the field of e-governance, digital economy, and the ambitious Digital Silk Road project. Those who hesitate to jump on Beijing’s hi-tech bandwagon or even throw sand in its gears may soon regret it, says Beijing-based author Thomas Weir Pauken II.

China has doubled down on implementing its Digital Silk Road (DSR) project with special focus on the technological development of the world’s emerging economies and provision of cutting edge digital services. The DSR’s backbone is a network of 15,000 km-long (9,300 mile) subsea cables designed to bring Asia, Africa, and Europe together.

According to Pauken, Washington has weaponised “human rights” to impose economic sanctions on China’s hi-tech companies in a bid to upend the industry’s rise.

On 20 April, American economist Jeffrey D. Sachs and Canadian human rights lawyer William Schabas recently argued that “the US government needlessly escalated its rhetoric against China,” especially criticising the Biden administration for accusing Beijing of “genocide” of the Uighur people.

Washington’s unfair competition practices should be seen in the context of the American hi-tech industry’s slow but imminent decline, Pauken believes: “The US hi-tech sector reached its peak when Apple’s former CEO Steve Jobs was alive, but ever since his death US hi-tech firms lost their cutting edge and zest for pursuing innovations.”

Currently, Big Tech appears to be more interested in accumulating wealth, becoming influential in politics, and promoting “woke values,” than in creating amazing companies that will continue to dominate in their specific tech sectors, according to the Beijing-based commentator.

For their part, China’s hi-tech pioneers and companies stand eager to surpass their American rivals, he notes. To that end, the Chinese government has set up what’s commonly known as “Public-Private-Partnerships (PPP)” which brings together officials, academia, grassroots citizens, investors, and private enterprises in order to promote an “innovation culture” and boost the domestic science and hi-tech sectors.

China’s major universities have established research and development (R&D) hubs so that professors, students, companies, scientists, and inventors can be provided with sufficient funding and be surrounded by necessary testing equipment and space to brainstorm and create new technologies, the author elaborates. After the development phase these hubs host special seminars inviting fintech investors, companies and government officials to introduce new ideas and gadgets to the marketplace.

In this Aug. 19, 2019, photo, a guide is silhouetted in an exhibition promoting Huawei’s 5G technologies at the Huawei Campus in Shenzhen in Southern China’s Guangdong province

DSR: Emerging Markets Will be the Biggest Winners

Washington and London are shooting themselves in the foot by blocking Chinese companies from supporting 5G networks and by fuelling a negative narrative about Beijing’s DSR, argues the author.

“By enforcing decoupling that will mean US and UK companies will fall behind in the global race for 6G,” Pauken argues.

Similarly, China will surge ahead with its DSR even if the US and UK refuse to join in, he stresses.

“Truth be told, Beijing has long known Washington and London would oppose China’s DSR and as such they just don’t care about that issue anymore,” he says. “They will focus their attention on China’s economy, the EU and the emerging markets in efforts to expand the DSR footprint.”

Emerging markets are set to become the biggest beneficiaries of China’s DSR, according to the Beijing-based commentator. In addition to this, China’s new digital currency will allow foreign enterprises from Southeast Asia (ASEAN), the Middle East, and Africa to speed up their financial transactions, trade operations, and investment activities, he adds. They will be able to make foreign currency exchanges via their mobile devices and store Big Data and all their financial transactions with digital record-keeping.