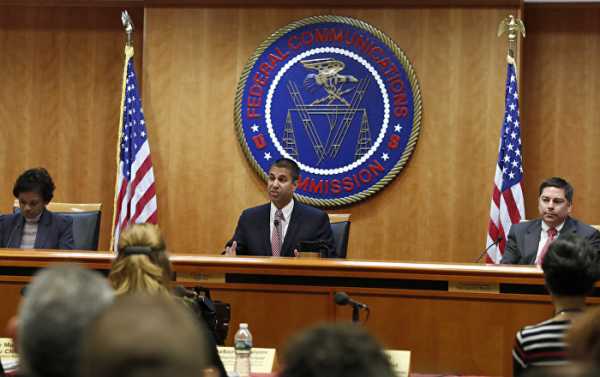 Millions of Americans left comments on the prospect of the Federal Communication Commission (FCC) rolling back protections for net neutrality in December – including some dead Americans. Now, a Congressional watchdog is reviewing the many reports that comments favoring the repeal were faked by spammers and identity thieves.

In the last months of 2017, almost 22 million comments were posted on the FCC’s website as their landmark vote on net neutrality internet protections came up. Net neutrality proponents claim that many of the comments supporting the rollback that FCC Chairman Ajit Pai favored were from fake accounts and spammers.

The Government Accountability Office (GAO) announced that they’d be reviewing the possibilities of fraud and/or identity theft during the FCC’s ruling in a letter to Representative Frank Pallone Jr. (D-NJ).

The GAO said that they would review the “extent and pervasiveness of fraud and the misuse of American identities” during the FCC deliberations over the next five months.

The letter is dated January 9 and was revealed to the public on Wednesday. In December, Pallone and eight other Democratic Party congressional Representatives requested that the GAO investigate the claims, which were widely disseminated across social media.

“We understand that the FCC’s rulemaking process requires it to address all comments it receives, regardless of who submits them,” the members wrote at the time. “However, we do not believe any outside parties should be permitted to generate any comments to any federal governmental entity using information it knows to be false, such as the identities of those submitting the comments.”

New York Attorney General Eric Schneiderman said that his office analyzed the comments and over 2 million of them misused Americans’ identities. The Pew Research Center claimed that more than half the comments appeared to include false information.

Meanwhile, an independent analysis by consulting firm Emprata found that 98.5 percent of the verifiably real comments were opposed to the planned repeal.

The GAO, which is tasked with independent, nonpartisan audits and investigations of Congress, also agreed to investigate alleged distributed denial-of-service (DDoS) attacks against the FCC comment system. They found that there was not enough evidence to determine that the attacks, claimed by Pai, actually happened.

These claims did not stop Pai and the other two Republican FCC commissioners from voting to repeal net neutrality protections.

Since then, 22 states, including New York, have filed lawsuits against the FCC to block the planned repeal. A bill to overturn the FCC vote is picking up steam in the Senate, but is unlikely to pass due to the Republican control of the House of Representatives and the White House.

Pai claimed that the vote simply rolled back intrusive regulations put in place by the Obama White House in 2015. However, those regulations were only passed after the DC Circuit Court of Appeals ruled that FCC regulations on the internet, passed in 2010, were against the Communications Act of 1934 because they could only be applied to “common carriers.” The internet was considered an “information provider” and therefore not privy to those protections.

As a result, the FCC reclassified the internet as a “common carrier” in 2015, and then switched it back in December 2017.