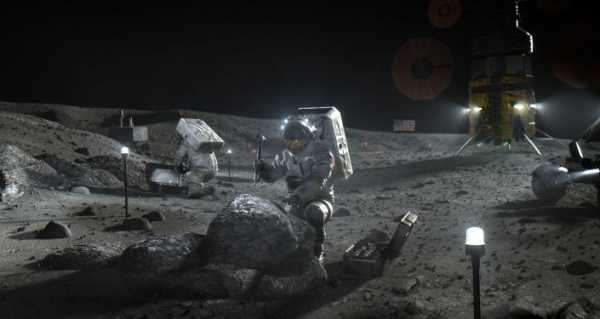 NASA has been ramping up efforts to send humans to the moon as part of its “Artemis” programme. In April, NASA partnered with SpaceX to work on its commercial human lander that will deliver the next two American astronauts to the moon’s surface by the year 2024.

NASA has put a halt to its work on the lunar lander with Elon Musk’s SpaceX, after billionaire Jeff Bezos sued the US government last week.

Bezos is the CEO of space firm Blue Origin, which is often pitted against Musk’s SpaceX as an industry rival.

Blue Origin says its lawsuit filed in the US Court of Federal Claims is an “attempt to remedy the flaws in the acquisition process found in NASA’s Human Landing System”.

The company’s suit further accuses the US government-backed NASA of having been “unlawful and improper” while evaluating proposals concerning its human landing system programme.

Meanwhile, NASA has reportedly said that “in exchange for this temporary stay of work, all parties agreed to an expedited litigation schedule that concludes on November 1”. The US space agency has said its officials are coordinating with the Department of Justice to review the details of the case and work out a timely resolution.

The hearing of the case has been scheduled for 14 October.

This is not the first time however, that Bezos has raised an objection to the mega deal signed between NASA and Musk’s SpaceX for a whopping $2.89 billion.

In July, Blue Origin wrote an open letter to NASA alleging that it had given SpaceX an unfair advantage during the proposal process.

The Bezos-owned space tech company also said at the time that NASA was giving another company (e.g. SpaceX) insurmountable leverage over itself by solely awarding it the major contract.

Last month, the US Government Accountability Office backed NASA over its decision to have only one partner in this sensitive mission that will put humans on the moon again after Neil Armstrong’s lunar landing.