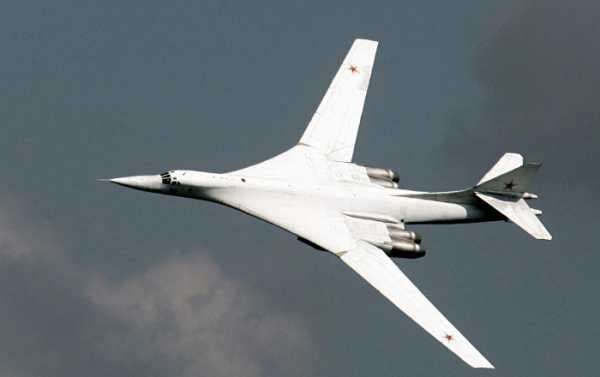 Last week, President Putin pondered whether it might be worthwhile to create a civilian version of the Tu-160 supersonic heavy strategic bomber. Considering the idea, Sputnik discovered that while it may seem exotic, there have actually been several cases in 20th century Russian aviation history of such conversions being successful in a big way.

During his visit to the Gorbunov Aviation Factory in Kazan last Thursday, where he watched a test flight of the Pyotr Deynekin, the latest version of the Tu-160, Putin mentioned a few of the factors that prevented the Tu-144, the USSR’s answer to the Concorde, from being a commercial success, and suggested that a civilian variant of the Tu-160 might fill a demand for supersonic business travel.

The Russian president’s idea is less fantastical than it may seem. Sputnik has been able to count at least four examples of domestic bomber designs which were successfully converted for civilian use, including the Soviet Union’s first mass-produced jet airliner.

The Tupolev ANT-20 ‘Maxim Gorky’, a hulking  prewar plane with a 63 m wingspan, was introduced in 1934, taking its pedigree from the Tupolev Ant-16 heavy bomber prototype, created a year earlier. The giant, eight-engined propaganda, passenger and cargo plane was able to transport some 72 passengers and eight crew distances up to 1,200 km at a speed of up to 220 km/h. Just two of the massive experimental planes were built. Both planes were lost due to pilot error, the Maxim Gorky in 1935, and its successor the ANT-20bis in late 1942.

The Tu-70, a passenger variant of the Tu-4 bomber created in 1946, was one of the Tupolev Design Bureau’s first civil aviation designs created after WWII. Featuring a crew of six and accommodations for up to 72 passengers, the project for the medium range plane was canceled due to Aeroflot’s lack of demand for it during the effort to rebuild the country following the devastating war with Germany.

Arguably the first truly successful military to civilian aircraft conversion came in the form of the Tu-114 Rossiya, a four-engine turboprop-powered passenger plane based on the Tupolev Tu-95 strategic bomber. Produced between 1958 and 1963, the long-range plane could accommodate up to 220 passengers, and had a crew of five. Flying at a cruising speed of 770 km/h at 8,000 m, Tu-114s had a range of up to 9,720 km.

Variants of this successful, safe commercial aircraft even included Tu-114s equipped with sleeping berths and a dining lounge. A total of 31 of the planes were built. The Tu-114 was retired from service with Aeroflot in 1991.

The Tu-104, the USSR’s first mass-produced medium-range jetliner, had its origins in the Tu-16 twin-engine strategic bomber. The civilian variant, carrying up to 115 passengers and seven crew, included several modifications, such as a lower wing design and a fuselage four meters longer than the military variant. The plane had a maximum range of 2,750 km at a cruising speed of 800 km/h.

With 201 built between 1956 and 160, the Tu-104 successfully carried over 90 million passengers for Aeroflot, and hundreds of thousands more for CSA Czechoslovak Airlines, before being retired in the mid-1980s. The Tu-104’s overall success led to the creation of a short-range variant, the Tu-124. A total of 164 Tu-124s were built, and they were operated by the airlines of several Eastern Bloc countries, as well as Iraq, India and China, which also used them for military purposes. 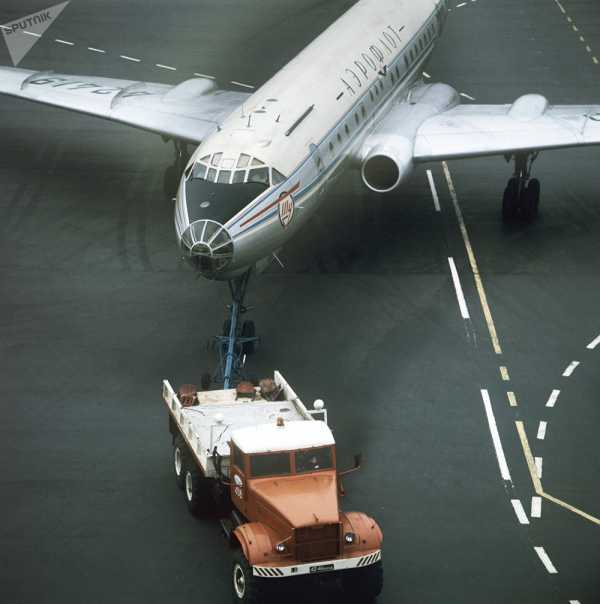 The Soviet Union certainly wasn’t the only country to experiment with military-civilian airliner conversions. Boeing’s Model 307 Stratoliner, the world’s first commercial aircraft with a pressurized cabin, was developed from the Boeing B-17 Flying Fortress in the late 1930s, and would go on to serve TWA, Pan American and several other airlines well into the mid-1970s.

With the above examples demonstrating that Russia’s domestic aviation has a long history in the successful conversion of bombers into civilian airliner designs, the question of whether the Tu-160 might be a candidate for a similar adaptation is a challenging one, according to experts. Speaking to RIA Novosti, Oleg Panteleev, editor-in-chief of the Russian aviation news agency Aviaport.ru, explained that from a purely economic perspective, the idea is probably impractical, owing to the specifics of the Tu-160’s design.

“We cannot speak of economic efficiency in such a solution in principle. Using a design with such a colossal take-off mass [the Tu-160 can carry up to 157,600 kg in cargo] to transport a small number of people is like using a sledgehammer to crack a nut,” the aviation expert noted.

“Furthermore, the cruising speed of the aircraft [Mach 0.9] is not so high as to save time. The Tu-160’s supersonic mode [which allows the plane to reach speeds of Mach 2+] is required to overcome enemy air defenses, and does not provide for long range flight.”

Accordingly, Panteleev noted that if civilian variants of the Tu-160 were created, they would have a limited production run, something President Putin hinted at when he said that some big companies might find a use for the plane. At the same time, that certainly does not mean that there is no demand for new supersonic designs.

“Today, transatlantic routes have a high demand for first class seats and business jets,” the analyst said. “It’s worth remembering that the Concorde flew safely [from Paris] to New York, despite expensive tickets. Therefore, work is underway in the world [by aircraft makers] on several supersonic airliner projects.”

United Aircraft Corporation President Yuri Slyusar told Putin during his Kazan visit that the company has a project for a new supersonic passenger liner in the works. Meanwhile, the US is well underway in creating a supersonic business jet, with Lockheed Martin and Aerion Corp working on the Aerion AS2, a prospective design expected to enter service as soon as 2023. That plane, carrying 12 passengers, will be able to reach speeds up to Mach 1.5.

In the meantime, any projects on the civilian conversion of the Tu-160 may be seen primarily as an opportunity for the Russian aircraft industry to once again ease into the idea of creating supersonic jets for business travelers.